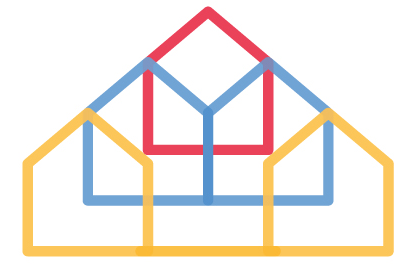 This October, in time for the United Nations Conference on Housing and Sustainable Urban Development (Habitat III), select streets, public spaces, and neighborhoods in Quito will be home to the Habitat III Village: a unique space open to all where urban innovations and solutions will be showcased to reflect on urban planning, management, and sustainable development.

The Habitat III Village will be staged throughout the city, including the main venue of the Conference, and will be an innovative and vibrant space where urban planners, organizations, and urban stakeholders from all over the world will implement urban solutions, projects, and interventions as a live model and legacy of the New Urban Agenda in Quito.

Habitat III Village is an initiative of the Habitat III Secretariat with the support of the Housing Ministry of Ecuador, in collaboration with several agencies of the Metropoli-tan District of Quito, and coordinated by the Metropolitan Institute of Urban Planning and La Mariscal Neighborhood’s administration.

The objective of this call was to receive proposals for urban intervention that could be shown during the Habitat III Conference in Quito, Ecuador. The accepted projects, whether temporary or permanent, would be part of the Habitat III Village and integrated in the city, open to both Habitat III participants and the general public in Quito.

The proposals had to be innovative and feasible to contribute to the improvement of urban spaces and public services, in order to raise the quality of life of the population, creating a safer, more inclusive and sustainable city that allowed Quito to be displayed as an example of the message that the Habitat III Conference wanted to convey to the world. By understanding the city as a place where lives and cultures of many people and social groups intersect, the Habitat III Secretariat opened the call for ideas and proposals, through art or citizen participation.

The Habitat III Secretariat, the Urban Development and Housing Ministry, and the Municipality of Quito called on the private sector, public institutions, governmental and non-governmental organizations, academic institutions, and foundations at both the national and international level to submit proposals of innovation and urban solutions applied to the city of Quito to show the positive impact of sustainable urban development.

Projects had to be aligned with one or more categories in sustainable urban development listed below, and be evaluated by a Technical Coordination Board formed for the purpose:

The projects had to be able to provide the necessary mechanisms for funding and implementation. Higher priority was given to projects that could be fully financed.

Urban intervention projects proposed for Habitat III would be located within the territory of the Metropolitan District of Quito, considering the municipal planning and the needs of the city, especially in the following areas:

The neighborhoods of La Mariscal and La Floresta are areas adjacent to the area of Habitat III event with its main venue placed in La Casa de la Cultura Ecuatoriana. La Mariscal was developed in the 40s-50s with a model of a garden-city with detached houses and was one of the first points of significant development of Quito to the north. Today the neighborhood is an entertainment area where many hotels, restaurants and entertainment centers are located with a large influx of visitors during the day and especially at night. There is now a process of decay and depopulation, which requires urban renewal operations, security operations and patrimonial caution. The neighborhood of La Floresta, following a similar process of development, is in a process of urban transformation in which important activities related to technological development were identified, hotels and restaurants, nevertheless maintaining a high residential use. Alongside these neighborhoods is a vast area occupied by several universities

The Ejido Park, in the center of the city, will be a space of articulation between the city and the Habitat III activities. It is characterized for being one of the first green areas planned for this purpose and has a high use and acceptance by the population.
Without prejudice to the areas described, bidders can propose projects in other areas of the city under the acceptance of the Technical Coordination Board.

Below are sample project types for the kind of proposals that were going to be considered for Habitat III Village: