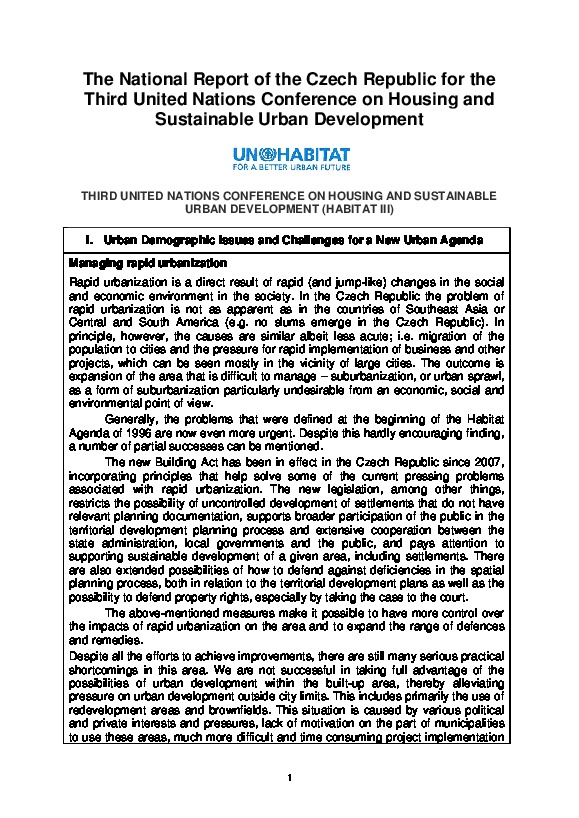 The Czech Republic faces stagnating population growth, while a subtle trend in rural-urban migration remains. This is primarily due to a lack of employment opportunities outside urban areas. Simultaneously, movement within the larger cities, most pronouncedly in Prague, favours the cities edges.

On the back of stagnant population growth and almost no immigration, the Czech Republic’s population ages fast. This development poses new challenges for urban planning and politics, especially in terms of social inclusion, transport, and basic services. Another social aspect is the inclusion of certain communities (i.e. Roma families).

Many cities are characterised by deserted brown- and black-fields within the cities’ boundaries. Such areas have rarely been re-used and offer a potential for reinventing public space, while urban sprawl increases the built-up area in the outskirts.

We express our gratitude to the Government of the Czech Republic for their contribution to the Habitat III Trust Fund and hosting the Regional Meeting in Europe, as well as for their active particiation as member of the Bureau of the Preparatory Committee guiding the Habitat III process.