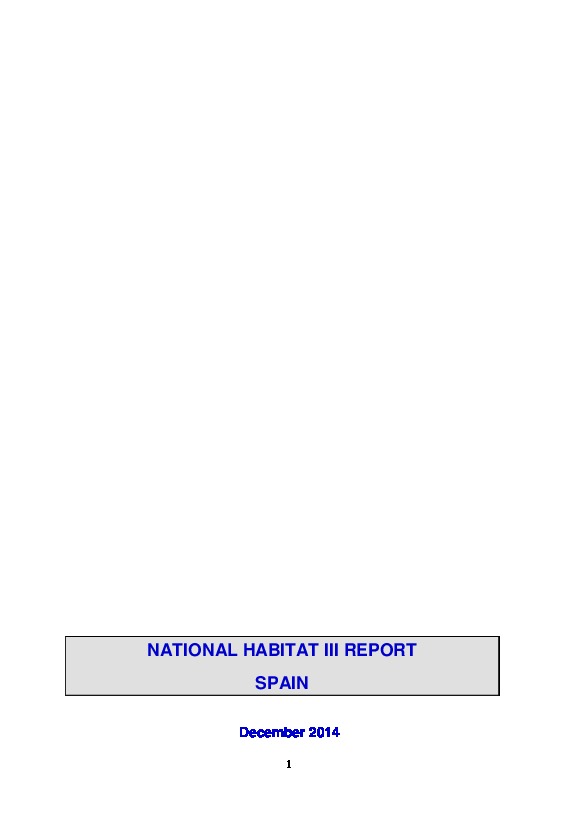 On January the 1st, 2011, the Spanish population reached 47,190,493 inhabitants. Of these, 79% is concentrated in urban areas with a population of more than 10,000. Over the past 20 years, Spain has indeed undergone an intensive urbanisation process. As an illustration, the proportion of artificial land over the total land area in Spain has reached 3.7%.  Furthermore, urban density has grown from 62.2 inhabitants/km² in 2001 to 73,7%/km² in 2011. However, over the long term, a loss of 2.6 million inhabitants is expected up to 2022, to give about 44 million inhabitants. Spain’s demography is then characterised by an ageing and decrease of the overall population.

The country accounts for 8,119 municipalities, of which only 398 have more than 20,000 inhabitants. Between 1996 and 2013, small urban areas have undergone the highest growth rhythms (25%). Among urban buildings as a whole, housing occupies 80% of the built-up space.

Housing construction has been very dynamic in Spain. The country features indeed the highest rate of home ownership in Europe (78.9% in 2011), due to a weak rental market, an easy access to credit, a policy of public incentives towards low-income families, and, finally, a taxation policy favouring ownership. This situation led many households into debt. As a consequence, many evictions occurred in recent years.

Last, transport sector has been very dynamic, as it represents today more than 40% of the total energy consumption in Spain.

We extend our gratitude to the generous contributions of the Government of Spain to the Habitat III Trust Fund, which allowed the Habitat III process to be carried out as it was envisioned: in an innovative, participatory and inclusive manner.