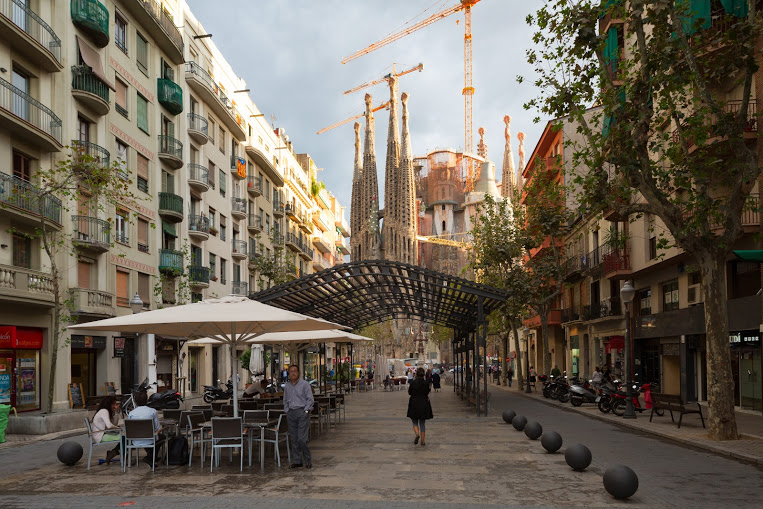 Accelerated urbanization was a defining characteristic for human settlements during the 20th century. Today, approximately 55% of the global population is urban (4.7 billion people), and future projections estimate it will reach 66% by 2050 (6.3 billion out of 9.6 billion people), suggesting continued urban growth during the first half of the 21st century. Adapting and improving how cities are shared will undoubtedly be a critical need in the coming years and decades.

The Sustainable Development Goals (SDGs) were adopted on September 2015, and have a specific goal (Goal 11) to “make cities and human settlements inclusive, safe, resilient and sustainable.” Under this goal, sub target 11.7 states that by 2030 we should “provide universal access to safe, inclusive and accessible, green and public spaces, in particular for women and children, older persons and persons with disabilities.” Public and shared spaces are emphasized because they are integral to any urban development process that aims to be inclusive, equitable, and sustainable.

Public spaces are publicly owned land or privately owned land designated for public use, and are accessible and enjoyed by all citizens without restrictions or charge. The character of a city is defined by its streets and public infrastructure, which is visible in many different urban typologies, including plazas, boulevards, neighborhood gardens, parks, libraries, etc.

Well-designed and maintained streets and public infrastructure help lower crime rates and violence, and make spaces available for formal and informal social, cultural, and economic activities that strengthen a community’s identity. Public spaces also improve equity, promote inclusion, and combat discrimination. Investments in street and public space infrastructure improve urban productivity and livelihoods, and allow for better access to job opportunities, information, and public services, especially in developing countries where half of the existing workforce is part of the informal economy.

Public spaces are also critical for environmental sustainability. They promote the use of public transportation, biking, and walking, reducing pollution levels in cities. Furthermore, the presence of vegetation and green spaces in cities promotes biodiversity and helps clean the air, which has a positive impact on public health.

The Habitat III Thematic Meeting on Public Spaces in Barcelona was an opportunity for discussions and inputs among global leaders and stakeholders in the field of urban development, all of which helped shape the New Urban Agenda for a sustainable urban future.

The Barcelona Declaration is considered part of the official inputs to the Habitat III process.

Read the news release on the Thematic Meeting on Public Spaces here. 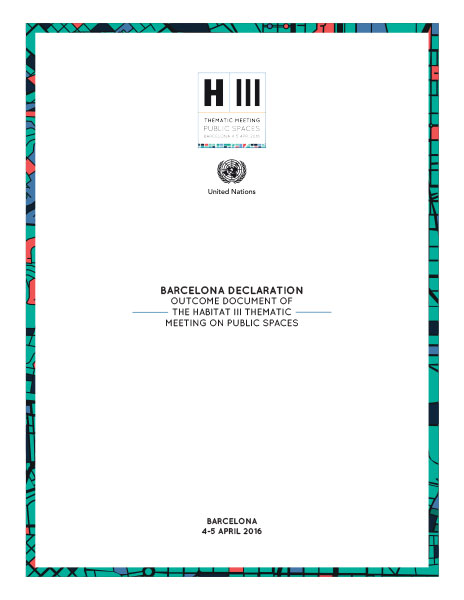