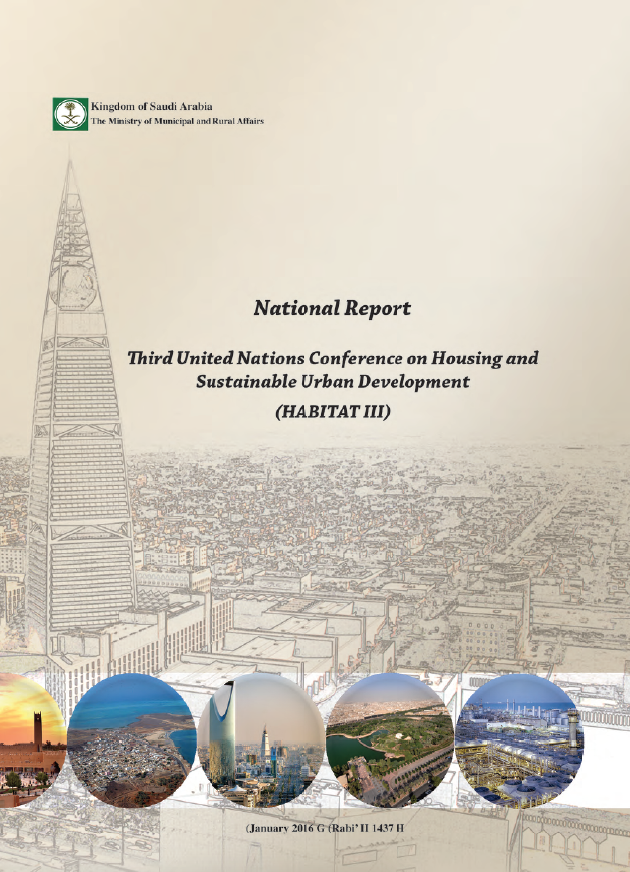 The Kingdom of Saudi Arabia is the largest Arab State in Mashriq, occupying the majority of the Arabian Peninsula. The estimated size of the country is 2,206,714km2, of which approximately 95% is dominated by desert. The country shares its borders with Jordan and Iraq to the north, Kuwait to the northeast, Qatar, Bahrain and the United Arab Emirates to the east, Oman to the southeast, and Yemen in the south, with access to both a Red Sea coast and a Persian Gulf coast.

The national capital and also the largest city in the Kingdom of Saudi Arabia is Riyadh City. As of 2010, the population of Riyadh City was 5.2 million. The cities of Makkah and Medina are known as some of the most famous religious cities in the world, especially for Muslims. Makkah is regarded as the holiest city in the religion of Islam and is a destination of a pilgrimage known as the Hajj, being home of the Kaaba, the Islam's holiest site. While the population of Makkah was 1.5 million in 2010, the city has approximately 15 million Muslim visitors every year, of which more than 2 million concentrated during a few-day Hajj period.

Medina is another holy city for Muslims, with its critical significance in the Islamic history as Muhammad's final religious base after the Hijrah as well as the location of his death in 632 AD. Similar to Makkah, Medina hosts large number of pilgrims in addition to its population of approximately 1.1 million as of 2010.

Jeddah is the principal gateway to the holy cities of Makkah and Medina, and also is the largest city in Makkah Region with the population of 3.4 million as of 2010. Jeddah is the second largest city in the Kingdom of Saudi Arabia with the largest seaport on the Red Sea, playing a strategic role as the commercial hub in the country. Recently, Jeddah began inviting capital investments to incubate advanced scientific and engineering technology.

Given their significance in the Kingdom of Saudi Arabia as well in the religion of Islam, cities of Riyadh, Makkah, Medina and Jeddah are key for the country to achieve sustainable development as it goes through pressure of rapid population growth and urbanization. Managing urbanization in Makkah, Medina and Jeddah, which accommodate more than 15 millions pilgrims annually in total, is equally critical managing urbanization in Riyadh, the capital of the country.

In addition to these four key cities, Dammam should be highlighted as the fifth largest city in the Kingdom of Saudi Arabia and also as the capital of Eastern Region where most of oil industry of the country are concentrated. Dammam owns the largest seaport on the Gulf Sea and experienced the fastest economic growth in the country. The role of Dammam as the Eastern gate of the country should not be overlooked to achieve balanced development in the Kingdom of Saudi Arabia.

The ninth and the latest Development Plan aims to achieve balanced development in the country by preventing concentration of rapid urbanization in major cities and by enhancing economic, social and environmental roles played by medium and small cities across the country. The objective of the Development Plan underscores the importance of distributing the benefits of economic and social development in a balanced manner among all the regions in the country and thereby reducing regional disparities in infrastructure, social services, living standards and job opportunities. Reducing disparities between different regions of the country is expected to decelerate internal migration from rural areas to major cities that pose pressure on public utilities and infrastructure in major cities.

The ninth Development Plan focuses on national finance and economic development, aiming to achieve growth of various different sectors. On the other hand, the Development Plan lacks policy and strategy on spatial development, which should serve as the foundation for economic, social, cultural and ecological policies of the country.

In response to the recommendation of the ninth Development Plan that a comprehensive long-term spatial development strategy should be formulated as part of the Development Plan to ensure sustainable urbanization in the country, Deputy Ministry of Town Planning under the Ministry of Municipal and Rural Affairs developed the first National Spatial Strategy in 2001. It was approved by the Council of Ministers, and as of September 2014, is going through a periodic review process although still in effect.

The National Spatial Strategy consists of spatial guidelines and policies that are in line with the national development goals, which aim to achieve economic efficiency and social equity in the country as outlined in the Development Plan.

The overall goal of the National Spatial Strategy is to achieve balanced development in the Kingdom of Saudi Arabia and to build substantial linkages between rural and urban areas. More specifically, the strategy aims to achieve the following objectives:

- Promote a spatially balanced pattern of population distribution within the country;

- Support the overall growth of small and medium cities;

The National Spatial Strategy refers to national development corridors as an essential measure to manage long-term spatial development and to ensure effective and efficient integrations of different regions of the country. National development corridors identifies the most desirable and balanced hierarchy of cities, towns and villages, based on the concept of national, regional and local growth centers. The National Spatial Strategy designates a number of medium and small cities to serve as ‘growth centers,’ based on the assumption that they are capable of accommodating population growth in the future. By accommodating and absorbing population growth, the growth centers are expected to prevent population influx to major cities. The National Strategy also emphasizes the importance of improving administrative structures of medium and small cities designated as growth centers.

The population of the Kingdom of Saudi Arabia has reached 29.9 million in 2013. In Riyadh City, the national capital and the largest city in the country, the population reached 5.2 million people in 2010. Riyadh region has the largest population growth rate of 4.6%, which is the highest among 13 regions. The rest of the regions indicate approximately 3-5% annual population growth. Five major cities (Riyadh, Makkah, Medina, Jeddah and Dammam) and other cities that function as regional and local growth centers both experienced significant population growth.

According to the results of the population and housing censuses, the average population growth rate was estimated as 4.9% per year during the period 1974-1992, which had declined to 2.4% during the period 1992-2004. The breakdown of the population shows that in 2009, 73% of the total population in the country was Saudi and the remaining 27% was non-Saudi. The percentage of the non-Saudi population is expected to decline sharply in the future, given the reduction of foreign expatriates in the country. Despite foreseen deceleration of the population growth, the total population of the Kingdom of Saudi Arabia is still estimated to grow and reach 33.1 million in 2024.  Given the increased concern on direct impact of population dynamics on sustainable development and economy the country, the Council of Ministers for the Kingdom of Saudi Arabia established a National Population Committee in 2007 to advise the Government on issues related to population and how they should be reflected to various policies and strategies in different sectors.