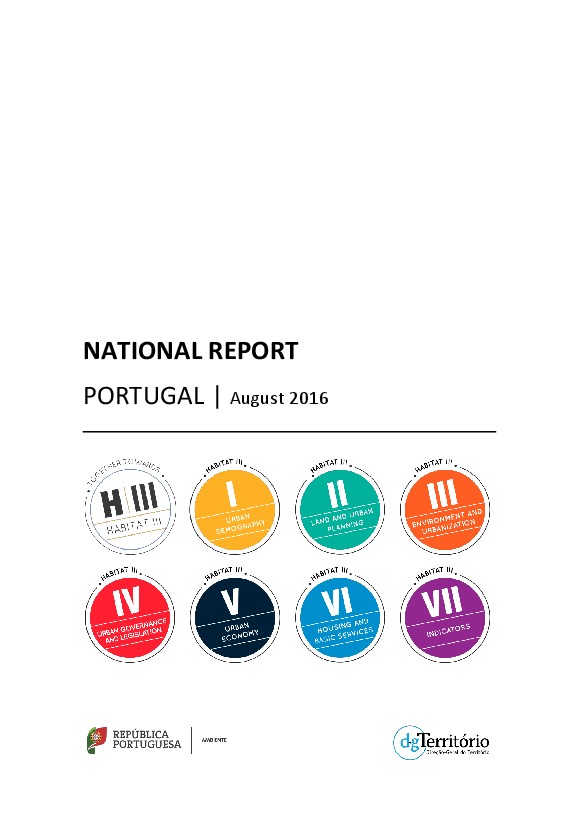 Being a member state of the European Union, Portugal is located in the Iberian Peninsula on the western edge of Europe. It has about 10.374.822 inhabitants (estimation on December 31th, 2014) and an average population density of 112,5 inha/km2, ranging between 4,4 inha /km2 in the municipality of Alcoutim in Algarve and 5758,1 inha/km2 in the municipality of Odivelas in the Metropolitan Area of Lisboa (2014). The Portuguese territory covers 92.225,6 Km2 (CAOP 2014) and is divided into continental Portugal and the archipelagos of Açores and Madeira.

On what concerns territorial division, Portugal has a complex organization. It integrates an administrative structure – the most antique territorial nomenclature established by law in Portugal (DL nº 46 139, 31th December 1964) – and a division for statistics purposes, established at Community level – the Nomenclature of territorial units for statistics (NUTS) – to facilitate the comparison of statistical data within the EU (approved in Portugal in 1986, RCM nº34/86, 26th March). At a political-administrative level, the Constitution of the Portuguese Republic (approved and entering into force in 1976, subject to its 7th Review, approved by Constitutional Law nº1/2005, 12th August) enshrines, under the principle of subsidiarity, the autonomy of the local power. It establishes that “the democratic organization of the State comprises the existence of local authorities”, having deliberative and executive bodies, as well as their own patrimony and finances. For the mainland, the Constitution admits the parishes, the municipalities and the administrative regions as local authorities. The last ones have not been instituted though. For the archipelagos of Açores and Madeira, the Constitution reserves a specific political and administrative regime, rendering them autonomy in reason of their unique geographic, economic, social and cultural characteristics. From an administrative point of view, the Autonomous Regions (RA) comprises parishes and municipalities. At a political level, they have their own regional government bodies. In Portugal there are 308 municipalities, 278 of which are located in the mainland, 19 in the Autonomous Region of Açores (RAA) and 11 in the Autonomous Region of Madeira (RAM). Although equally provided with deliberative and executive bodies according to the Constitution, the parishes are the lowest administrative level, being a subdivision of the municipalities. In Portugal there are currently 3091 parishes (2881 in the mainland and 210 in the RA). Nevertheless, the number of parishes has been considerably reduced on an administrative reorganization process (Law nº 22/2012, 30th May) implemented in 2013 (4259 parishes in 2012). The Portuguese law also considers the possibility for the local authorities to associate in order to jointly pursue their assignments. As such, Portugal encompasses another supra-municipal territorial level, corresponding to the inter-municipal entities. These can be either metropolitan areas or inter-municipal communities, also with their own government bodies of a deliberative, executive and advisory nature. Nonetheless, differently to what is established for the local authorities bodies, the inter-municipal bodies are not directly elected by popular vote. In Portugal there are two metropolitan areas (the Metropolitan Area of Lisboa – AML and the Metropolitan Area of Porto) and 21 Inter-municipal communities (CIM). For statistics purposes, the Portuguese territory is structured upon the NUTS, following three different levels according the nomenclature. At the NUTS I level, Portugal counts on three units – continental Portugal, RAA and RAM. At the NUTS II level, there are seven territorial units, five of which are located in the mainland. At the NUTS III level, the division considers 25 territorial units, 23 of which in the mainland. Whether there is a geographic coincidence between the three NUTS levels in the RA, in the mainland the territorial division for statistics crisscrosses the administrative units. In 2015, a new NUTS geometry has come into force (NUTS 2013). In comparison to the previous version (NUTS 2002), it has brought a set of significant changes, namely the number and municipal composition of NUTS III (from 30 down to 25 NUTS III). Since then a coincidence exists between the municipal composition of NUTS III and the inter-municipal entities, the reason why NUTS III are now considered as administrative units.

Regarding statistics, other territorial units of a smaller size have been enclosed, not only for population and housing registration purposes but also to frame urban dimension into representative statistics units. The increasing concentration of people in urban areas, as well as the role ever more important of cities to the economic growth and the territorial development of the country, requires such specificity in the information levels made available.
The highlight goes to the concept of census site, whose territorial boundaries corresponds to an agglomeration of 10 or more dwellings. In the last Census (2011) about 26,000 sites have been registered in the national territory. Another important notion is the concept of census city, a census tract whose definition and territorial boundary respects, not only the legal conditions to the upgrading of a town to city (Law nº 11/82, 2nd June), but also the adaptation of urban perimeters set in municipal master plans (corresponding to the urban land) to the census units of the Geographic Base for Information Referencing (BGRI), where parishes are subdivided into smaller units for statistics (sections and subsections). For spatial planning purposes, the territory of continental Portugal is also subdivided into five planning regions addressed to the areas where the Regional Coordination and Development Commissions (CCDR) act. As decentralised Central Government services, CCDR are responsible for the implementation of environmental, spatial planning and regional development policies in their respective geographic areas. Currently, for reasons related to the future management of European Structural Funds, no coincidence exists between the limits of NUTS II and the limits of CCDR’s planning areas (exception done to the North Region and Algarve). In the framework of Public Administration, it is up to the CCDR to elaborate and follow-up the Regional Spatial Plans (PROT – presently named Regional Programs) where a territorial model and development guidelines for the region are established.
In Portugal, urban development as a territorial development policy is under the governmental area of spatial planning. According to the organic structure of Constitutional Governments in the last twenty years, spatial planning is usually integrated into the ministry of environment. The Directorate-General for Territorial Development (DGT) is nowadays the Central Government agency responsible for pursuing the public policies of spatial planning, land use and territorial and urban development. As such, it has been providing support to the Government regarding the formulation and follow-up of its public policies and strategic and programming instruments, such as: - The National Spatial Development Policy Program (PNPOT), approved in 2007, which is the head of the Portuguese territorial management system, defining the major place-based strategic options for the whole national territory, mainland and islands (annex B); - The Strategy for Sustainable Cities 2020 (CS2020), approved in 2015, which establishes the national reference framework for sustainable urban development in 2014-2020. CS2020 puts forward a set of strategic guidelines, offering the municipalities, the inter-municipal entities and other urban stakeholders a roadmap on urban sustainability (annex C).

In Portugal, it is the municipalities indeed that have competences on the promotion of urban development and the implementation of local urban policies, namely by means of municipal or inter-municipal plans (Master Plans, Urbanization Plans and Detailed Plans). These not only set up the local territorial development strategic options but also determine the land use regulatory framework (an exclusive competency of the local power). Beyond these and other assignments on the scope of social action, education, recreation and culture, it is up to the municipalities to integrate a gender perspective in every domain of municipal action.
In the last years, inter-municipal entities, namely the metropolitan areas, have been gaining prominence as their assignments and competencies on urban development increase, particularly in terms of planning and management of the territory’s economic, social and environmental development strategy, as well as the programming of community facilities, mobility and transportations. Regarding the inter-municipal communities, the assignments depend on the statutory targets jointly adopted by the municipalities. On what concerns the Central Government’s housing and urban regeneration policy, is worthwhile mentioning the Housing and Urban Rehabilitation Institute (IHRU), a State's indirect administration service. Among its attributions, there are the coordination, the promotion and implementation of the National Housing Strategy, approved in 2015, which brings up a strategy for housing in 2015-2031 to be followed up by the Housing National Committee (annex D).