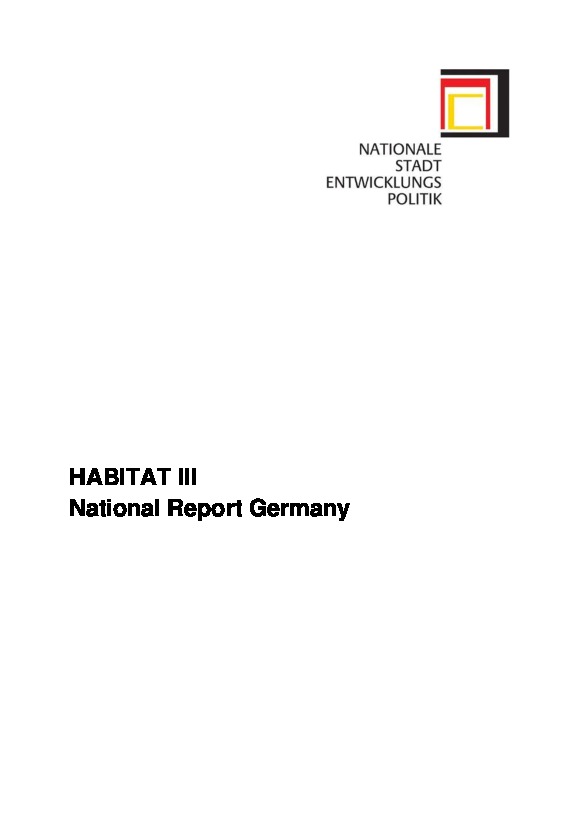 In 2012 out of the 81 million people living in Germany, about 90% lived in towns and cities (defined by agglomerations of 5000 or more inhabitants). Out of that 90% about two-thirds dwelled in medium-sized towns and cities of 20.000 inhabitants and upwards.

Germany is characterised by a polycentric urban structure. Compared to more centralised states like England or France the capital is not the only urban centre that experiences a significant influx of new inhabitants. Despite the distribution of larger urban agglomerations across the German territory, supra-regional as well as intra-regional differences are visible. The former manifests first and foremost in the divide between a shrinking (and in few parts, stagnating) population in the East compared to a growing (in some parts, stable) population in the West. Even within regions differences between individual towns and cities regarding their growth or shrinking are significant and bring along a vast array of challenges for federal, Länder and municipal governments.

These are exacerbated by current demographic shifts with an ageing population on the one hand and a great influx of migrants and refugees on the other hand. Both large-scale developments pose challenges and bring along opportunities for urban development in Germany.

We express our gratitude to the Government of Germany for their active participation as member of the Bureau of the Preparatory Committee as well as their contribution to the Habitat III Trust Fund, ensuring the innovative nature of the Habitat III Conference. We also thank you for joining the Quito Implementation Plan platform, committing to the implementation of the New Urban Agenda.