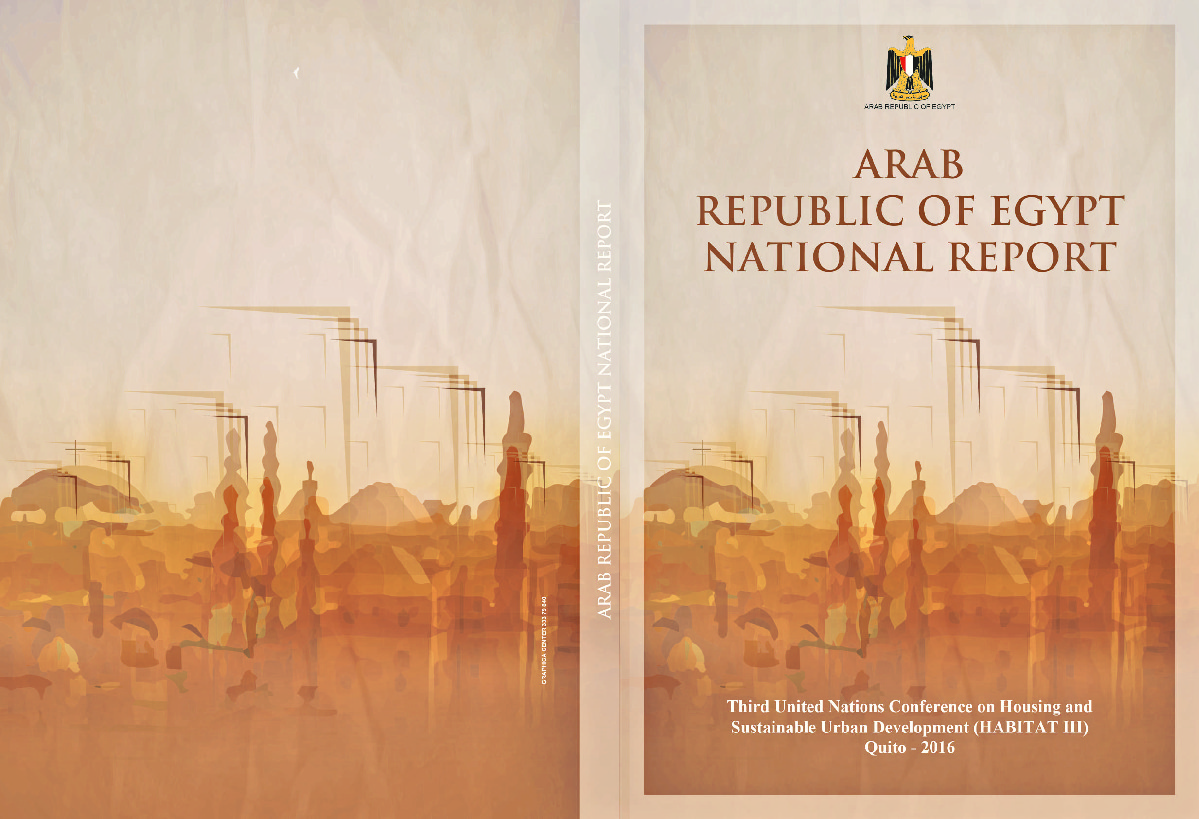 Since the dawn of history, Egypt has witnessed the emerging of the human civilization, with its genuine location on the Nile, Egypt is the meeting point of the eastern and western civilization; Egypt is the heart of the ancient and modern worlds.

In the framework of the challenges that face the housing and the sustainable urban development and the need to have future vision of the human settlements as the basis of forming a new urban agenda, hoping that the coming generations enjoy the luxury, security, justice and the sustainable development, the Arab Republic of Egypt presents this national report as a participation in and support to United Nations Human Settlement Conference, Habitat III.

The report is based on the formal data that was announced by the state agencies in 2014, and on the data that was acquired by the national committee formed by the ministerial decree no.33 of 2014 to include different state agencies that concerned with Habitat III and in participation with civil society representatives, the academic and research institutions and all development partners, where the technical secretary, experts and work groups collected and analyzed the indicators, best practices and public policies, they also presented urban development strategies, current national and local work plans, it’s implementation and the progress achieved by the Egyptian government since 1996, current challenges, lessons learned and the future challenges.

Thus… we hope that this Egyptian national report fulfills the internationally agreed upon goals and purposes to implement Habitat III agenda and to shed light on the new challenges, hoping that the report plays a role in exchanging the experience between different countries which serves the housing and sustainable urban development issues all over the world.