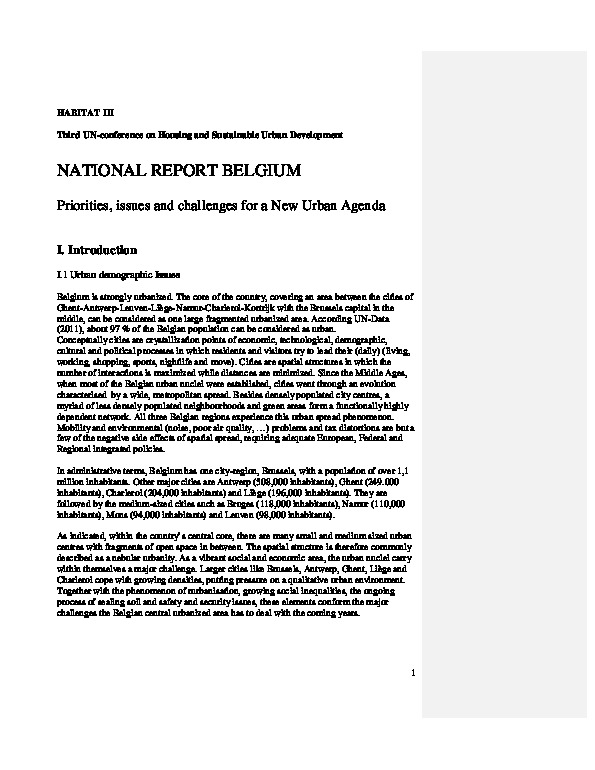 Out of Belgium’s 11.2 million inhabitants, a stunning 97% can be considered as urban. The country is one of the most urbanized in the entire world. Looking at a long standing history of urbanization dating back to the Middle Ages, even today the cities’ populations grow faster than in the countryside.

Such a development has perpetrated to a ‘nebular urbanity’ as the spatial structure, consisting of a central core and many small and medium sized urban centres fragmented by open space in between them. With 1.1 million inhabitants, Brussels is by far the largest city and still looking at an additional 170,000 additional urban dwellers by 2020.

Though urbanization conditions and therefore trends differ widely between the three Belgium regions (Flanders in the north and the Walloon region in the south with Brussels-capital region as the center), some overarching trends are detectable.

Most significant of those is urban sprawl. Grounded in a history of suburbanization and commuting going back as far as the 19th century, sprawl nowadays leads to tax distortions, noise pollution, poor air quality and other calamities. The Walloon region underlined that over the last 30 years soil sealing increased by another 30%, mostly to the detriment of agricultural lands.