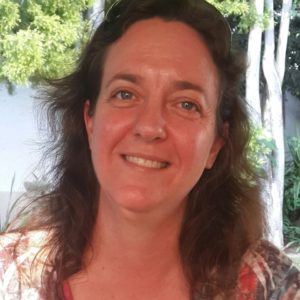 Monika Glinzler is the Director for International Relations of the Department of Human Settlements of the Republic of South Africa. She has ten years of experience in international co-operation and knowledge exchange, including coordinating South Africa’s multilateral human settlements engagements in UN-Habitat, the A frican Union, and the Cities Alliance. She managed the establishment of the National Forum for Human Settlements and Urban Development to allow for active consultation and engagement with all South African human settlements stakeholders including representatives from national, provincial and local government, non-government organisations, professional associations, private sector representatives, academia, researchers, and organised civil society. The National Forum engaged intensively on South Africa’s contribution to the Habitat III preparatory process, including the preparation of South Africa’s National Report, participation in the development of a Common African Position for Habitat III, and hosting a Habitat III Thematic meeting on informal settlements. Monika also has significant experience in managing co-ordination mechanisms and forums between national, provincial and local government for better human settlements outcomes She holds post-graduate certificates in housing policy and management, and public administration. After graduating in politics, economics and international relations, she held a research position at the South African Institute of International Affairs. Her passion for development led her to the public service, first at the Department of Trade and Industry where she spent 6 years fostering bilateral economic relations between South Africa and countries of the Asia-Pacific, after which she joined the Department of Human Settlements in 2007 to promote the creation of adequate housing and sustainable human settlements through.