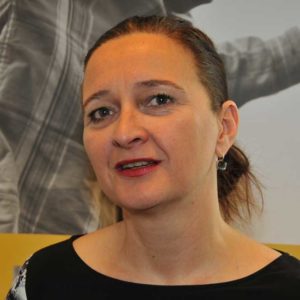 Marjeta JAGER is Deputy Director General for the Directorate-General for International cooperation and Development (DG DEVCO) of the European Commission. Previously, Ms Jager served as the Director for Policy Coordination and Security in the Directorate-General for Mobility and Transport of the European Commission. She held that role from 2012 to 2015, with the exception of the first months of the current Commission when she was requested to take time out in order to set up the Cabinet of the incoming Commissioner responsible for Transport, Ms. Violeta Bulc, during which time Ms. Jager assumed the role of Head of Cabinet. Prior assignments in the Commission, which Ms Jager joined in 2005, include two Director positions in the former Directorate-General for Energy and Transport; first in leading policy in security for energy and transport (2005-2008) and second in taking responsibility for several fields including policy for international energy and transport, passengers' rights issues, and overall coordination in the Directorate- General (2008-2011). Before joining the Commission, Ms Jager held the following positions: Deputy Permanent Representative, Minister Plenipotentiary - Coreper I Representative of the Republic of Slovenia to the European Communities (2002-2005); State Under- Secretary in the Cabinet of the Minister of Foreign Affairs (2002); Head of Cabinet of the Slovenian Minister for European Affairs (2000-2002); First Secretary at the Slovenian Mission to the European Communities (enlargement, II and III pillars, 1995-2000); Counsellor at the Ministry of Foreign Affairs of the Republic of Slovenia, responsible for relations with the European Union (1991-1995). Ms Jager holds a Bachelor Degree in Law and International Law from the University of Ljubljana and is a barrister.