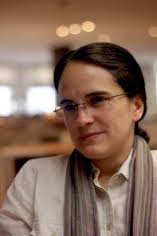 Lorena studied History at the National University of La Plata, Argentina. At the same time, she worked as a member of the editing and publishing team for the Centre for Environmental Studies and Projects (Fundación CEPA), the Latin American Forum for Environmental Studies (FLACAM) and the journal Environment. She moved to Mexico City in 1999. In 2000, she started collaborating with Fomento Solidario de la Vivienda (FOSOVI) and other members of the Mexico Habitat Coalition (CHM for its initials in Spanish), the former HIC-GS team and the Urban Popular Movement in the organization of the first World Assembly of Inhabitants. Between 2003 and 2011, Lorena was the coordinator of the HIC-Latin American Regional Office. In late 2011, she was elected as HIC president (2011-2015).