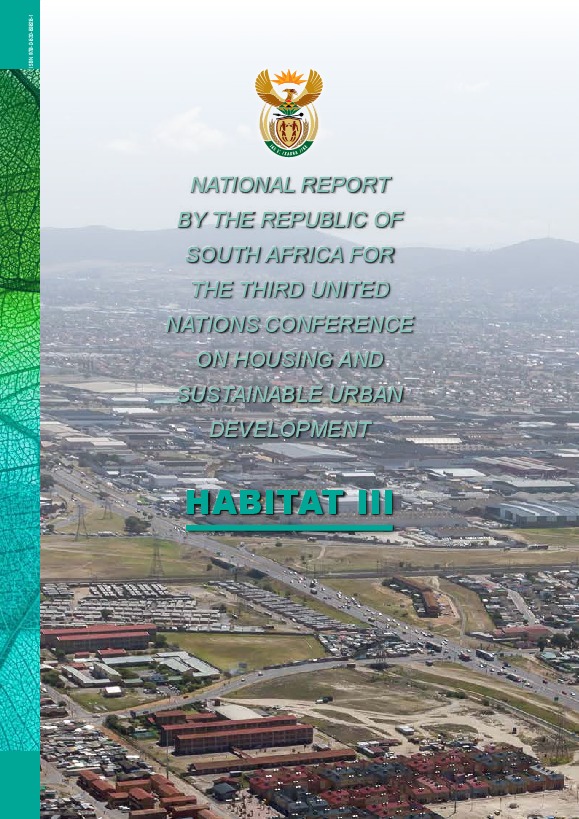 The country’s national development plan, the NDP, has estimated that by 2030 the urban population will grow by an additional 7.8 million people. This makes planned urbanisation a priority for the country.

South Africa entered the democratic era with a population of around 40 million people of whom 53% lived in urban areas, and 43% in the previous homeland areas (or Bantustans), usually in a high degree of poverty. But since the ending of Apartheid, there have been significant shifts in South Africa’s space economy, with corresponding flows of household and individual migration between urban centres as people looked for new opportunities and access to urban services. The population size has increased noticeably from 40, 6 million in 1996 to 51, 8 million in 2011.

The has been a noticeable increase in the share of the population in the most urbanised provinces, such as in Gauteng, which increased from 19,3% in 1996 to 23,7% in 2011.

High growth rates have taken place in the country’s major towns and cities such as Johannesburg, Pretoria and Cape Town in particular. According to a report by the Human Sciences Research Council, 63% of the total population growth between 2001 and 2011 occurred in just eight cities, mostly as a result of rural-to-urban migration, household splitting and natural population growth. Another emerging trend is the growth taking place in certain smaller, or secondary towns, at times putting a strain on the provision of housing, sanitation and other services, due to insufficient resources to plan for, and accommodate this growth. This reality makes overcoming services backlogs in urbanising areas a ‘moving target’.

There is thus an urgent need to develop a national approach to the challenges of urban growth. It is for this reason that the National Development Plan (NDP) requires government to put in place an urban development strategy to make urban spaces livable, equitable, sustainable, resilient and efficient as well as support economic growth and social cohesion. Key in this regard is a systematic response to entrenched apartheid spatial patterns, particularly the exclusionary city planning, that continue to exacerbate social inequality and economic inefficiencies.

Whilst still struggling to overcome these legacies, a number of initiatives were put in place since 1996 as a response to rapid urbanisation and its associated challenges:

Urban Renewal Programme: In 2001 government launched the Urban Renewal Programme (URP) with the intention of conducting a sustained campaign against urban poverty and underdevelopment by bringing in the resources of all three spheres of government in a co-ordinated manner. In the urban nodes access to water supply and electricity notably increased, with some areas reaching 100 per cent connection rates.

Inner City Regeneration: Many inner city spaces fell to neglect, characterised by decaying and uninviting spaces. However, over the past 10 years significant public and private investments have gone into many inner-city areas to revitalise them and turn them into quality spaces for cultural, business and residential purposes. The physical, social and economic environment of previously neglected inner city areas are being revitalised through precinct-based approaches in cities such as Johannesburg, Durban and Port Elizabeth, and partnership-based approaches in Cape Town and Johannesburg. Furthermore, national programmes like Re Kgabisa Tshwane are changing the face on inner-Tshwane through the upgrading of government owned buildings.

City Development Strategies: Most metropolitan municipalities have developed long- term growth and development strategies. These strategies assist to them plan their cities better, and inform the 5 year Integrated Development Plans and the budget.

Integrated Urban Development Framework (IUDF): Following the adoption of our National Development Plan, government, in 2014, is developing an urban policy framework to ensure that we have well planned and managed urban spaces. The IUDF sets out a policy framework on how the urban system in South Africa can be reoriented so that cities and towns can become increasingly livable, inclusive and resource efficient over the next 20-30 years. The IUDF also recognises that urban and rural areas operate on a continuum and proposes measures to strengthen our rural-urban linkages.