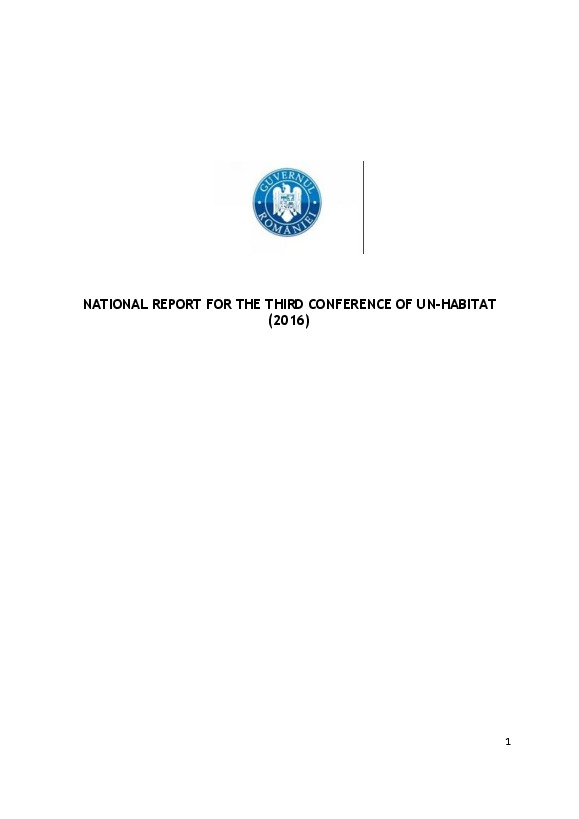 There is a direct link between the level of urbanization and the per capita revenue: All countries with high revenues are urbanized up to a 70-80% percentage. Thus, it seems that the development for a specific country entails an urbanization process, as there are no examples of countries that were able to reach high levels of revenue or fast growth, without a substantial urbanization, a swift one in many cases. Urbanization represents a process that is most probably undertaken in a natural fashion; however, the public authorities are in a position to play an extremely important role in the guidance of such a process, in developing the positive market externalities and in minimizing the negative effects of urbanization (traffic congestion, pollution, social tensions etc.). For the past 50 years, Romania has been confronted with an acute urbanization process, with features that were specific for each period of manifestation. Until 1990, it was represented by a process stimulated by the industrialization policy led during the communist regime, undertaken based on a rigorous systematization from the central level.

As a result, the urban population grew from 3.7 million people in 1930 to 12.7 million people in 1989. According to statistical data, over 1.4 million housing units were built in the urban area during 1945-1989, while the urbanization process entailed the growth in urban population as well as the increase of town areas. After 1990, the urbanization process has been organically generated by the changes occurred in the social and economic environment (a change in optics in terms of housing habits, deindustrialization and a focus on small production units and clusters). During this period, the urbanization process has manifested itself through the expansion of urban space, understood either as the built-up area of urban localities, or by creating functional urban areas.