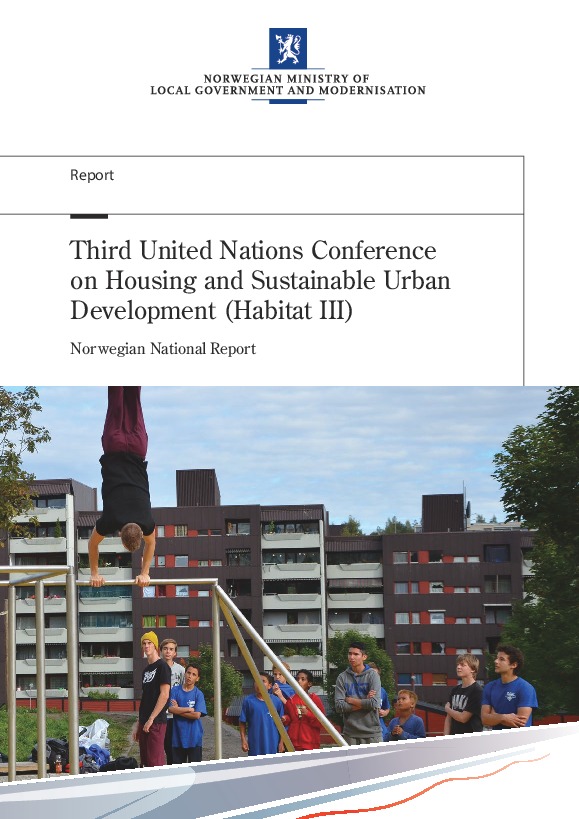 Norway has a total area of 385,252 km² and a population of 5,165,800 people. In comparison with the rest of the EU (116 per km² in 2010), the country has a low population density (16 per km²). The last 20 years have been a period with stable economic growth and significant population growth, mainly due to migration (68% of surplus). Despite financial crisis, unemployment rate has indeed remained fairly steady, being about 3.6% in all years between 1996 and 2013.

Between 2005 and 2013, local public transport grew by 38%, while the number of travelers increased by 27%. However, the average distance driven by a passenger car in Norway is the longest distance in Europe. In 2010, it was 33,5km per inhabitant per day.

Although most people in Norway have access to adequate housing conditions (reliable sanitation and safe drinking water), this does not apply to everyone. Around 6,200 people have no permanent place to live, and around 134,000 people are regarded as disadvantaged in the housing market. Practically all households in Norway have had access to clean domestic energy, through electricity from hydropower, for many years. Over the past few decades, Norway has had a high and stable rate of home ownership, as 77% of households own their own home.