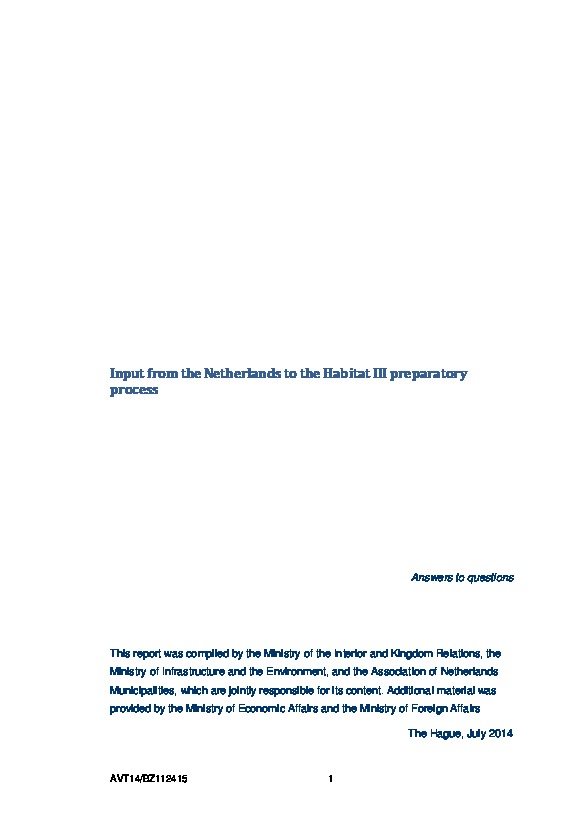 Despite slow overall population growth, the Netherlands are faced with growing urban agglomerations mostly due to rural-urban migration driven by brighter employment prospects and economic mobility. This continuing imbalance between rural and urbanized regions brings along challenges ranging from the delivery of basic services to housing.

Urban sprawl is closely managed by local and municipal authorities in the Netherlands and despite a growing trend remains fairly limited in comparison to other European countries. The consequential need to decentralise governance and services to further support its polycentric structure, however, is already to be witnessed. This development can also be seen as a response to the citizens’ growing demand for participation in local governance and decision-making processes.

Urban renewal has been of major concern for Dutch municipalities over the last two decades. Adjusting spatial and urban planning to the changing needs of society (ageing, demand for environmental protection, new models of families, changing work patterns) has been crucial to municipalities as well as the national government.

Tightly linked to this trajectory is a continuous strive towards emission reduction in urban areas, in environmentally conscious citizens and an overall support for greener urban agglomerations. The Netherlands are strongly promoting bike usage and electric cars in their cities.