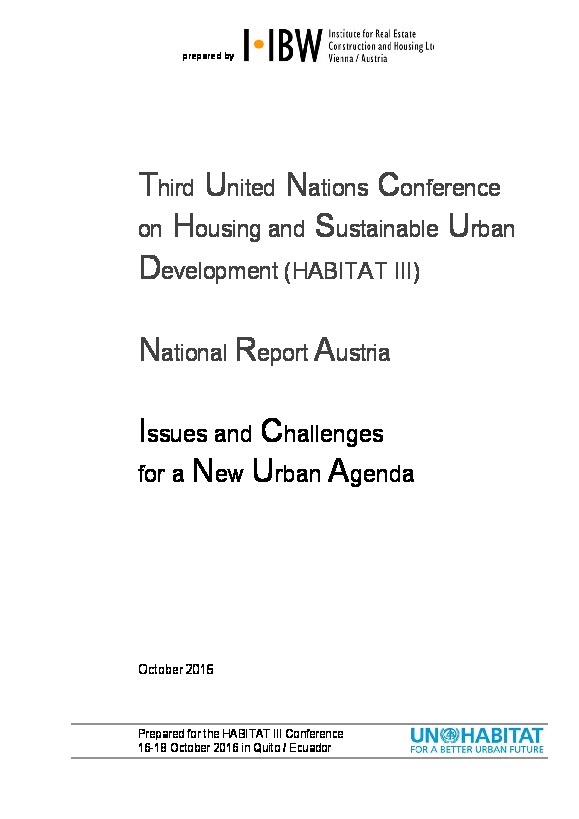 Population growth, aging population and continuing growth of population with a migration background: These headlines reflect some of the main issues relating to the demographic development in Austria.

In 2015, Austria had a population of 8.6 million inhabitants. According to the main scenario of the population projection by Statistics Austria, the total population will increase to 9.3 million people (+ 8%) until 2030. The population growth can be attributed first and foremost to a positive net migration (balance of immigration and emigration). In contrast, the natural increase (balance of births and deaths) makes only a comparatively small contribution to population growth.

Austria experienced three waves of significant net immigration since the 1980s: The first in the end of the 1980s and beginning of the 1990s is linked to the fall of the Iron Curtain and substantial refugee inflows from the civil war in former Yugoslavia. The second wave of immigration which set in towards the end of the 1990s and reached its peak in 2004 with net immigration of 50,800 was largely due to the echo-effect of the first one. A third wave set in with the end of transition regulations of the new EU member states and was reinforced by the increasing inflow of refugees in 2014 and 2015 as a result of the humanitarian crisis in the Middle East. In 2015, Austria saw a strong 56-percent year-overyear increase in its net immigration rate as net immigration reached a high of 113,000 persons, which equals to 1.3% of resident population.