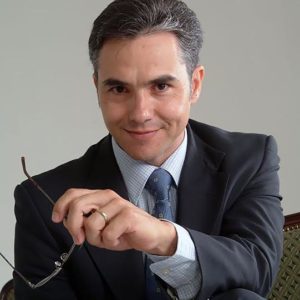 He has a long professional record (26 years) in the design and implementation of public policies and management of large organizations and complex systems.   He has held positions such as: ·         Deputy Director of Strategic Programs. ·         Director General for Decentralization. ·         Technical Secretary of the General Rectory and; ·         Executive Vice-Rector, all at the University of Guadalajara.   He has participated in various groups of strategic thinking in organizations such as: ·         National Association of Universities and institutions of Higher Education (ANUIES). ·         Network of Macro Universities of Latin America. ·         Office of the Public Education Secretary. ·         Presidency of the Republic.   Among the most relevant directed processes and achievements include the design, development and implementation of: ·         The basic organization Model of the University Network in Jalisco of the University Guadalajara. ·         The Integrated Information and University Administration System (SIIAU for its initials in spanish). ·         System Planning, Programming, Budgeting and Evaluation at the University of Guadalajara (P3E). ·         The model of public funding to higher education institutions in the country (ANUIES). ·         Collaboration in special chapters of national development plans as well state of Jalisco. He coordinated the integration of government proposals in a city management model with a metropolitan scale and long-term horizon, "The City We Want" in the campaign of the current Mayor of Guadalajara, Enrique Alfaro. He received a PhD in Innovation and Technology at the Monterrey Institute of Technology and Higher Education (2003). He obtained the degree of Master of Law (specialization in Alternative Dispute Resolution, 2014), by Pepperdine University in Malibu, California (USA). Additionally, he has  specialization degrees in Public Policy, Design and Management Organizations, Leadership and Negotiation, among others, obtained in Harvard (USA), Manitoba and British Columbia (Canada), to name a few. On the subject of Resilient Cities, he has participated as a speaker in forums and workshops at national and international level. He is currently Director General of the Metropolitan Planning Institute Guadalajara Metropolitan Area (IMEPLAN).