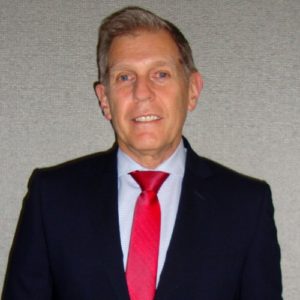 Official of the Office of the United Nations High Commissioner for Human Rights (OHCHR) with 25 years of experience in the UN. He currently serves as Deputy Representative of the High Commissioner in Colombia. Before assuming this position he was Advisor on Human Rights of the United Nations System in Ecuador (2007- 2014). Throughout his career he has worked in advocacy and protection of human rights and technical advice to governments and civil society. His experience includes both civil and political rights and economic, social and cultural rights, with special emphasis on vulnerable groups such as indigenous peoples and Afro-descendants. He has consulted for the development of planning methodologies rights-based and gender, human rights indicators and tools for participatory governance.              He has an important experience in peacekeeping missions of the UN in conflict and post conflict countries. He was Deputy Director of Human Rights at the United Nations Mission for Afghanistan (2004 to 2007). In the Mission of the United Nations for Guatemala he was Political Adviser to the Special Representative of the Secretary General of the UN, Head of the Justice and Human Rights and Head of Unit for Studies and Lessons Learned of the Peace Process (1994-2003). He also worked in the Commission on the Truth for El Salvador and the United Nations Mission for El Salvador (1993-1994).  In his home country, Peru, he was Advisor to the Foreign Relations Committee and the Special Advisory Commission on the causes of violence and peace-making alternatives of the Senate of the Republic (1982 -1992). He holds a law degree from the Pontificia Universidad Catolica del Peru, and a master's degree in public administration and a doctorate in law from the University of Alcala de Henares, Spain. He has been a professor at the Pontifical Catholic University of Peru and visiting professor at the National Institute of Public Administration and the University of Alcala de Henares in Spain, and the Simon Bolivar Andean University of Ecuador.