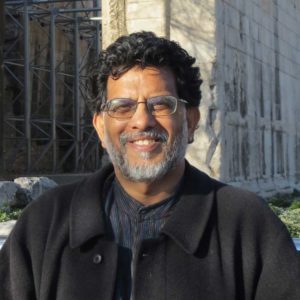 Independent Expert on Human Rights and Social Policy, New DelhiMr. Kothari is a leading voice at national, regional and international forums on human rights, especially economic, social and cultural rights. He is an outspoken critic of the countries and institutions that see the neo-liberal and military/security policies as a means to achieving democracy and human rights. Mr. Kothari served (from 2000-2008) as the Special Rapporteur on adequate housing with the United Nations Commission on Human Rights and the Human Rights Council. During his tenure as Special Rapporteur Mr. Kothari led the process that resulted in the UN Basic Principles and Guidelines on Development based Evictions and Displacement – the current global operational human rights standard on the practice of forced evictions. https://www.ohchr.org/en/Issues/Housing/Pages/ForcedEvictions.aspxAn architect by training, Mr. Kothari has extensive fact-finding, research and training experience in the areas of housing, land rights and displacement. He is the founder and former coordinator of Habitat International’s Housing and Land Rights Network (HLRN) https://www.hlrn.org/ and founder and former executive-director (1999-2013) of the Housing and Land Rights Network, India https://hlrn.org.in/. In recent years, he has been particularly active on issues such as Women’s rights to land, inheritance, property, housing and globalization, trade liberalization and their impacts on the right to adequate housing and other related rights and the UN’s Universal Review Process (UPR). Mr. Kothari has published widely and has lectured and taught at leading academic institutions around the world. In 2013 he was appointed Dr. Martin Luther King Visiting Scholar at the Massachusetts Institute of Technology and continued as Distinguished Visiting Scholar with (MIT) Program on Human Rights and Justice (2014-15). In these role, in addition to teaching (at the MIT Department of Urban Studies and Planning), he was actively involved in the development of the MIT Displacement Research and Action Network (DRAN). Mr. Kothari continues his work with DRAN as senior advisor. https://mitdisplacement.org/