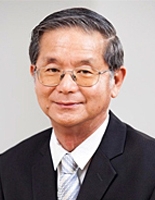 Mr Khoo Teng Chye is currently the Executive Director for the Centre for Liveable Cities, Ministry of National Development (MND), Singapore. He was formerly the Chief Executive of PUB, Singapore’s National Water Agency(2003 to 2011), Chief Executive Officer/Chief Planner at the Urban Redevelopment Authority (URA)(1992 to 1996), Chief Executive Officer/Group President of PSA Corporation(1996 to 2002), President and Chief Executive Officer of Mapletree Investments and Managing Director (Special Projects) of Temasek Holdings(2002 to 2003). He sits on the Boards of Tropical Marine Science Institute of National University of Singapore (NUS), GDF Suez’s (Engie) Urban Strategy and Innovation Council, the National University Health Pte Ltd (NUHS), Temasek Foundation Ecosperity and Temasek Foundation Connects. He serves as a member of the Development Projects Advisory Panel (DPAP) set up by Ministry of Finance (MOF). He is also the Chairman of the Ministry of Manpower, Singapore’s Workplace Safety and Health (WSH) Institute Governing Board and is a member of the Advisory Committee to the Chief Minister for the formation of the New Capital for the state of Andhra Pradesh, India. He is an Adjunct Professor at the School of Civil and Environmental Engineering (CEE), NTU, and at the Lee Kuan Yew School of Public Policy, NUS. Mr Khoo graduated with First Class Honours in Civil Engineering from Monash University, Australia.  A President-cum-Colombo Plan Scholar, he also holds a Master of Science in Construction Engineering and a Master of Business Administration from the National University of Singapore.  He is a Fellow of the Institution of Engineers, Singapore.  He attended the Advanced Management Programme at Harvard Business School. He was awarded the Public Administration (Gold) in 1996 and the Public Administration (Silver) in 1987 by the Singapore government.  He was also conferred the Meritorious Service Award by the National Trade Union Congress in 2008 for his contributions to the Singapore Labour Movement.