Mr Vapaavuori, a Finnish national, was appointed by the EIB’s Board of Governors on a proposal from the Finance Minister of the Republic of Finland and with the agreement of the shareholder constituency formed also by Austria, Estonia, Latvia, Lithuania and Sweden.

Prior to becoming EIB Vice-President, Mr Vapaavuori was Finnish Minister of Economic Affairs (and, as such, Governor of the EIB) and between 2007 and 2011 was Finnish Minister of Housing and Minister of Nordic Cooperation. He has been a member of the Finnish Parliament since 2003 and a Helsinki City Council member since 1997. He holds a degree in law from the University of Helsinki. 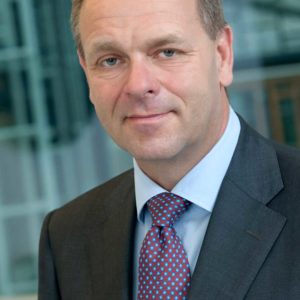 Jan Vapaavuori has been a Vice-President of the European Investment Bank and a member of its Management Committee, a permanent collegiate executive body, since September 2015. In the Bank’s Management Committee, Mr Vapaavuori holds supervisory responsibility for EIB operations in Denmark, Estonia, Finland, Latvia, Lithuania and Sweden and in several countries outside the European Union. He is also in charge of horizontal issues such as Projects (technical and economic assessment), Advisory Services and Corporate Social Responsibility.Before joining the EIB he was the Finnish Minister of Economic Affairs (2012-2015) and Minister of Housing and Minister for Nordic Cooperation (2007-2011). Jan Vapaavuori was Member of the National Parliament from 2003-2015. He holds a Master of Laws degree from University of Helsinki, Finland.