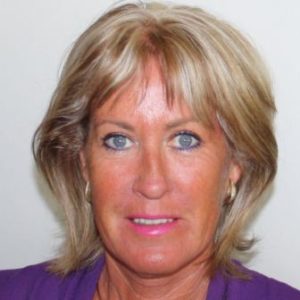 Gillian Murray holds a B.Sc. degree from the University of Glasgow and a M.Sc. degree in Middle East and African Studies from the School of Oriental and African Studies (SOAS), University of London.  She has also pursued post-graduate studies in international development issues at Carleton University in Ottawa, Canada, and through the Open University Business School.  Prior to joining the United Nations (UN) in 1991, she worked for the Canadian Government, the European Patent Office, a Consultancy on Middle East affairs, and an oil Company.    Her first assignment with UN was with the UN International Drug Control Programme (now the United Nations Office on Drugs and Crime) as Deputy Regional Adviser in the Caribbean where she was actively involved in the technical cooperation programme of the Office, leading or participating in needs assessment and advisory services missions in numerous countries.   She moved to UNODC’s HQs in Vienna in December 1993, where she continued to work in the Office’s technical assistance programme.  In 1996, she moved to the Co-financing and Partnership Section, where, in charge of the Section, she managed the mobilisation of resources in support of the operational work of UNODC.  She was also responsible for promoting partnerships with other UN organisations, the private sector etc.   In 2006, following the departure of the Director of the U.N. Interregional Crime and Justice Research Institute (UNICRI), in Turin, Italy, Ms. Murray was designated as Acting Director  of the Institute until the new Director assumed his functions.      She was Chief in the Organized Crime and Illicit Trafficking Branch, Division for Treaty Affairs, where she also acted as UNODC’s Senior Focal Point for Cybercrime.  Ms. Murray’s assignment as senior focal point in UNODC for cybercrime, related to the growing international problem of cyber crime and involved, inter alia, research and building relations with Member States, and the private sector, developing and making recommendations on the strategic response of UNODC to assist Member States to counter the threat of cyber crime, and the development of technical assistance projects in developing countries.     Currently, Ms. Murray is Deputy Director of the Division for Policy Analysis, and Chief of the Public Affairs and Policy Support Branch.  Her responsibilities cover the 2030 Agenda, Strategic Planning and Inter-Agency matters, Co-financing and Partnership building, and Public Affairs and Advocacy.