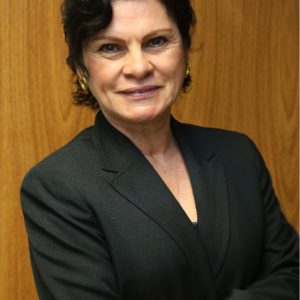 Diana Meirelles da Motta is an urban planner concerned about urban development and housing (policy, planning and research), who has been working  at the federal, state and municipal levels in Brazil. She is currently  Director of Urban Planning at the Ministry of Cities in Brazil. Previously, she was Project Director at the Metropolitan Planning Company for São Paulo State where she coordinates urban and housing projects. She held staff positions at the Brazilian Federal Government (1981-2010) working with the Urban Development National Council, Ministry of Urban Development, Ministry of Social Welfare andthe Institute for Applied Economic Research (IPEA).At the sub-national level, she was Secretary of State, Urban Development and Housing, in Brasilia – Federal District (2004-2006); and atthe Municipal level was Secretary for Housing and Urban Land Regularization, in Natal, Rio Grande do Norte State (2009).

For the Brazilian government   she formulated urban laws, coordinated projects, programs, and developed research. and policies on urban development and housing, providing  technical and policy based assistance to support country policy strategies. She provided  technical support for the 1988 Brazilian National Constitution on urban and regional policy issues. Diana   hold several research appointments with Brazilian institutions (national and sub-national levels), and with the World Bank[HU1] , Cities Alliance and Inter-American Development Bank. Her work has supported  urban and regional policy and legal issues in Brazil. She has published several articles and papers along with sixteen IPEA books on regional and urban policy, urban planning, housing and environmental issues.  She holds MsC, in Urban Planning and a degree in Architecture from the Department of Architecture and Planning at the University of Brasilia.