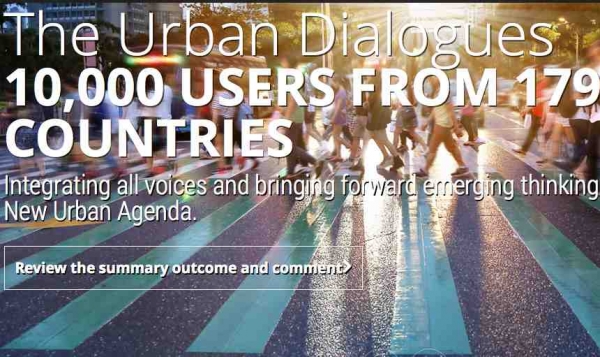 Following three weeks of open debate hosted on an online platform, the Habitat III Secretariat has released synthesis reports of the discussions for a one-week public comment period. The debates, called Urban Dialogues, took place during most of July, and reportedly drew the attention of some 10,000 users from almost 180 countries.