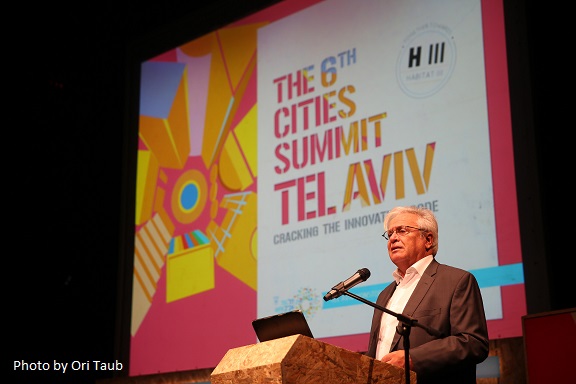 The City of Tel Aviv hosted the first Thematic Meeting on Civic Engagement on September 7th 2015, within the 6th session of the Cities Summit. In his opening remarks, the Secretary-General of the Conference, Dr. Joan Clos, thanked the municipality of Tel Aviv for hosting the meeting and for covering a matter of crucial importance for the New Urban Agenda. “The engagement of citizens in urban issues remains the essence of urban life, as the majority of todays´ world population is urban”, Dr. Clos said.