Venue: Headquarters of the International Civil Aviation Organization
Organized by: The Communauté métropolitaine de Montréal (Montréal Metropolitan Community) under the aegis of the United Nations

Metropolitan areas had a key role to play in developing the New Urban Agenda for the 21st century. To address the growing process of metropolization around the world, the Montréal Thematic Meeting on Metropolitan Areas aimed to recognize the role of metropolitan regions in achieving global sustainable urban development goals. The Montréal Thematic Meeting was an opportunity to speak as one through a declaration that clearly asserts the importance of metropolitan areas, which can accelerate public action through cooperation and planning mechanisms that are more consistent, effective, and sustainable for close to 60% of the world’s urban population.

The Thematic Meeting discussed such issues at the global level in preparation for Habitat III in Quito. The Montreal Declaration is considered part of the official inputs to the Habitat III process.

Read about the opening of the thematic meeting and the post-event news release. 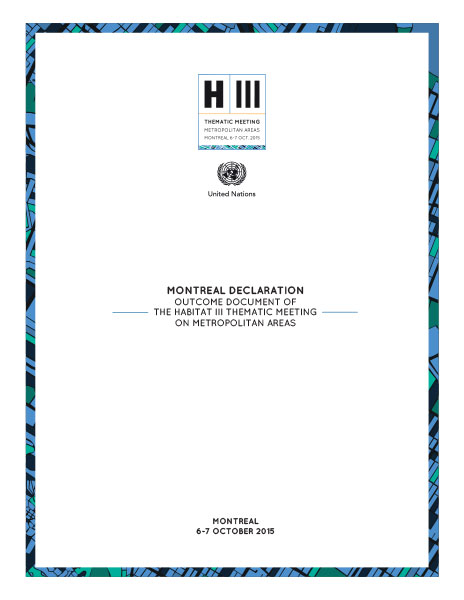