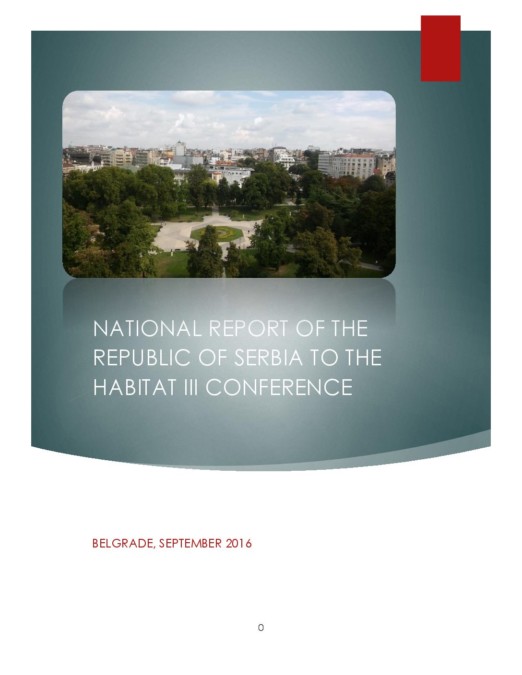 Serbian geospace is relatively well covered by a network of cities and towns. However, due to the large differences in their demographic size, quality, territorial scope and diversity of their functions, as well as the area of their influence, their role in the regional integration of the Serbian geospace varies. The decentralisation of the labour function and the creation of sub migration systems in urban agglomerations and peri-urban areas would enable the implementation of a decentralised model of concentration of population and functions. Model of decentralised concentration corresponds to the principles of sustainable development, it is economical in terms of space utilisation, resources, energy and transport. Experiences of spatial planning in Serbia indicate that the most appropriate instrument for the implementation of decentralized concentration model (of population and functions) is the concept of micro-developing nuclei - settlements with a developed public and social infrastructure and social activities in the service sector in which industrial facilities are located and adapted to modern technology environmental standards and indigenous raw materials. Performing regionalization by the principles of polycentrism, or performing the division of large territorial units into smaller spatial entities with relatively uniform functional characteristics, make it easy to consider regional development problems and opportunities to improve individual regions by applying adequate methods.

Unequal spatial distribution of human resources and spatial disbalance in the demographic structure are one of the biggest weaknesses and limitations of sustainable development of Serbia. Such spatial demographic development is a result of an insufficient degree of the urbanisation of Serbian geospace, demographic disproportion, especially manifested in the inter-regional level (between the centre and its periphery) as well as the functional concentration and domination of the Capital city of Belgrade comparing to the rest of the territory.
The current typology of settlements and classification of urban and rural settlements, which is dysfunctional and inadequate constitutes the major constraint for the establishment of a balanced settlement system and disables a realistic perception of the relation between urban and rural population. This raises questions about the redefinition of the concept of settlements and the introduction of new criteria that would lead to a more accurate classification and typology of settlements (urban, rural, mixed, etc.) that would be compatible with Eurostat standards and needs of the Republic of Serbia.