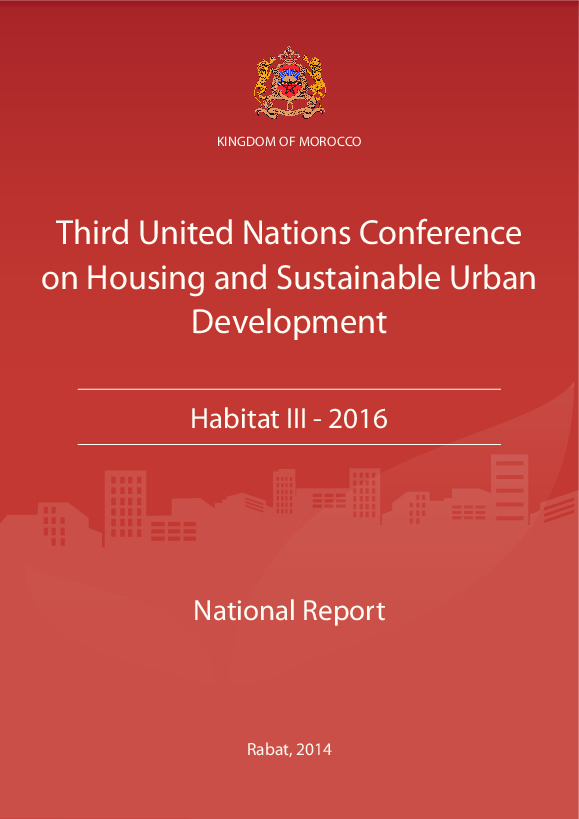 The overall size of the population of Morocco has evolved since the first general census of population and housing made in 1960 from 11.6 to 29.9 million inhabitants in 2004. During this period, the number of urban population has multiplied by 5 while the number of rural population has increased by only 1.5. The urbanization rate, which was around 29% in 1960, increased due to the natural growth of the urban population, the rural exodus, and the extension of the urban perimeter. Accordingly, the rate has changed to 35, 43, 51 and 55% in 1971, 1982, 1994 and 2004 respectively. Population projections made by the High Planning Commission in 2007 estimate that the overall size of the population in 2014 would reach 33.2 million approximately with an urbanization rate of 59%. The census of 2014, under implementation in September 2014, will contribute to the updating of population projections made in 2007. It is also expected that the urbanization rate will further increase by 2030 to reach 64%. The size of the urban population will approach in that time 24.4 million.

Although these figures highlight an alarming facet of the steady increase in the size of the urban population and urbanization rate, other indicators deriving from the same figures underline a decreasing phenomenon. If the growth of the urban population during the 1982 and 1994 censuses amounted to nearly 400,000 inhabitants per year, the same increase was attenuated between 1994 and 2004 and was steady between 2004 and 2014 with a stable level of about 310,000 inhabitants per year. The pace of the growth decline is extended for the period 2014- 2030 with an average annual growth of the urban population of 290,000 inhabitants. Conversely, the increase of the urbanization rate was growing much higher between 1971 and 1982 (0.73% per year); it dropped to 0.40% per year between 1994 and 2014, and it is expected that the increasing rate of urbanization will likely be further reduced to 0.30% per year between 2014 and 2030.

As a matter of fact, several factors underlie the attenuation of the urbanization rate. To start with, phenomena which can be ascribed to the increase in the urban population size have been relatively studied and mastered, namely fertility in urban and rural exodus. With regard to fertility, measured by the total fertility rate, it dropped by two-thirds within 4 years from 7 to 2.6 children per woman in the childbearing age in 2011 (ENFPF). The speed of the second phase of the demographic transition began in the late 70s is attributed to the delay in the marriage age for women due to the noticeable progress in their access to education and employment outside the home in addition to the extension of the use of family planning methods in both urban and rural areas. The rate of current use of contraception is estimated at 67.4% (ENFPF, 2011) (68.9% urban and 65.5% rural). As far as the rural exodus is concerned, the average annual net urban migration was only about 67,000 people between 1960 and 1971 to reach 113,000 between 1971 and 1982 and 193,000 between 1982 and 1994 and finally 102,000 people between 1994 and 2004. The contribution of the rural exodus to urban population growth was reduced to 35% between 1994 and 2004 compared to 43% between 1971 and 1982 and 40% between 1982 and 1994.

At the geographical level, the population settlement in Morocco is very disparate whether by region or between coastal areas and in the interior of Morocco. Urbanization in Morocco has been marked by coastal development and urban polarization mainly in the axis Kenitra-Rabat-Casablanca El Jadida. Along this strip extended over 150 180 km, the concentrated urban population is estimated at about 40%.

The urban milieu has recorded a spreading at the expense of rural space through the increase of the number of cities and urban centers due to the extension of their perimeters. Between 1994 and 2004, the number of new towns is 38 including 29 cities with less than 50,000 inhabitants, four cities comprising 50,000 to 100,000 inhabitants and 5 cities consisting of 100,000 and more.