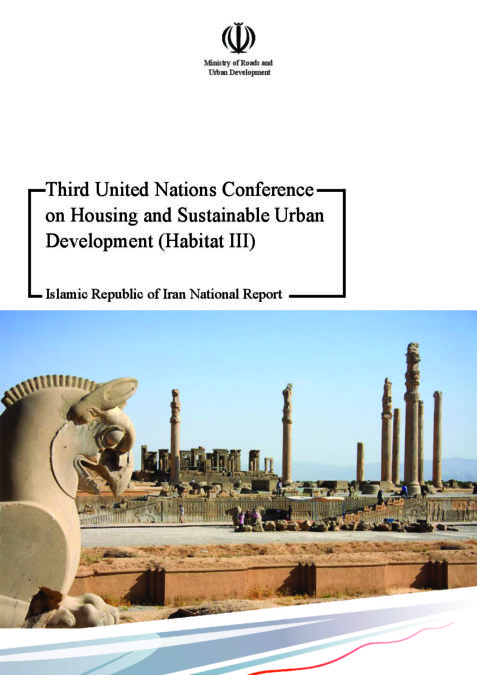 Accelerated urbanization and concentration of urban population in larger urban agglomerations is becoming a distinct feature of Iran’s urbanization phenomenon. During the 15 years from the Habitat II (1996-2011), Iran’s urban population increased by 45.7 percent: from 36.8 million in 1996 to 53.6 million people in 2011. During this period, the number of cities was increased by 86.1 percent: from 612 cities in 1996 to 1139 cities in 2011. The current urban population of the country is estimated to be 65.93 million people, a 12.28 million increase from the 2006 census population.

Much of the population growth in TMR has occurred outside the Tehran city limits and in the cities, towns and some spontaneous settlements inside the TMR. This phenomenon requires appropriate planning and governance of these areas at the regional level.

To manage this rapid urbanization process, in addition to the existing urban development plans, several new plans were introduced and adopted at the national, regional, and metropolitan levels. The National Physical Plan (NPP) was prepared and approved by the High Council for Urban Planning and Architecture (HCUPA) in 1997. The objectives of this plan were to introduce an urban system wherein the hierarchy of urban services provision would be facilitated, the appropriate sites for future urban expansion and growth of cities would be identified, and finally a set of appropriate rules and regulations for land use for the entire Iranian territory would be devised and enforced. The NPP is currently under revision.

In the NPP, the country was divided into 10 large planning regions and a Regional Physical Plan (RPP) was to be prepared for each region. To date, 6 RPPs have been prepared and approved for implementation and the RPPs for the remaining 4 regions are under preparation.

A National Urbanization Policy is currently being pursued by the Ministry of Roads and Urban Development and would be added to the existing tools to manage the rapid urbanization process of the country.