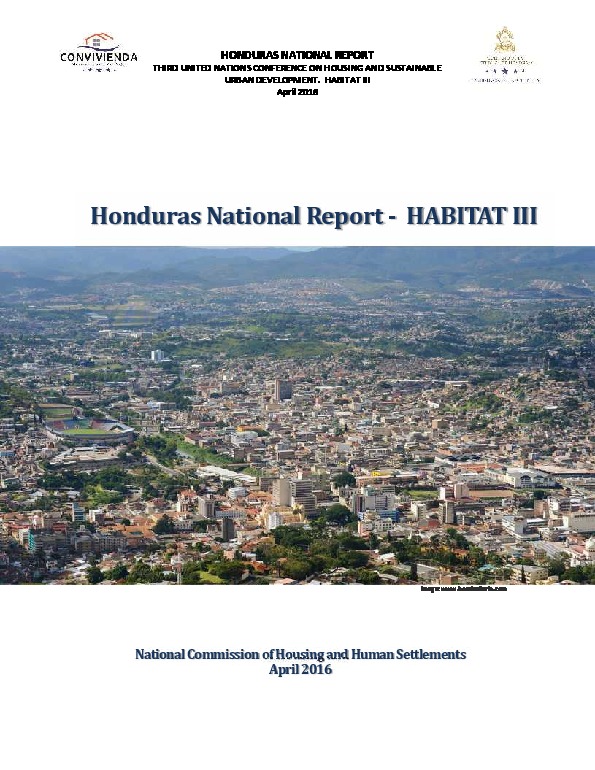 Honduras is the country located in the northern center of Central America, has a land area of approximately 112,492 square kilometers and is divided politics and administratively into 18 departments and these in turn in 298 municipalities.

The population of Honduras, according to the latest census conducted by the National Institute of Statistics and Census INE, reaches 8, 303.771 million, with a rural population of 4,436,223 urban and 3,867, 549 million. The annual growth rate of the population reaches 1.99%.

By 2001, the population living in urban areas in the country reached a 46.28% increase over the last 12 years to 53.96%. By 2014, the economically active population amounts to 3, 655.099 inhabitants and per capita household income of USD129.26. The main economic activities of the country are related to the agricultural sector, in addition to trade, manufacturing, finance, and utilities.

Generally, Honduras faces several development challenges. In the last decade the Honduran economy has grown at rates higher than the Latin American average. However, over 60% of households still live in poverty and over 40% live in extreme poverty. Equity gaps in economic, social and political spheres are high. Also, The National Plan Vision Country (2010-2022) adopted by the Government is a new opportunity to work in a coordinated and effective in reducing poverty and inequality as a priority.

This document aims to give a general overview of the situation in the country, through lessons learned, achievements and challenges of the main areas related to urban development, with a view to the next meeting of Habitat III.