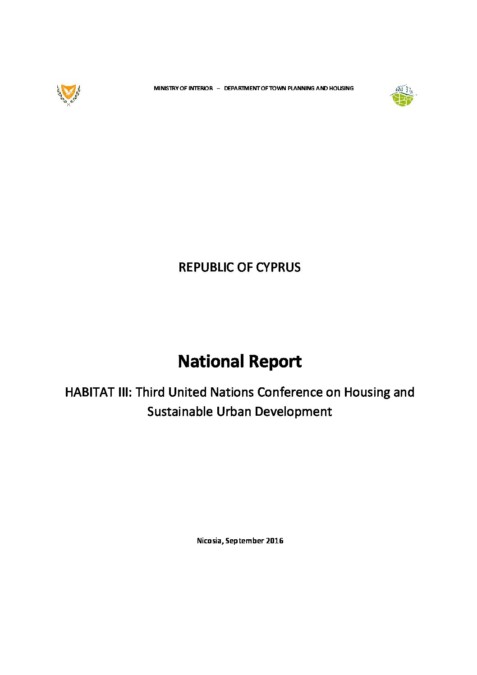 In Cyprus there are two medium sized urban agglomerations (Nicosia, Limassol) and two smaller ones (Larnaca, Paphos), centered around each of the island’s four main municipalities. According to the most recent available estimates of 2014, the four urban agglomerations concentrate roughly 70% of the country’s total population. However, the island’s short distances and good road network imply a much higher percentage of the population participates in the urban areas’ economic activity and social life.

Up until 2009, the economy of Cyprus was characterized by high growth rates, with the services sector being the main development engine. Prior to that, the growth of urban areas in Cyprus had been sharply accelerated with the rapid growth of their population due to the influx of internally displaced refugees in the aftermath of the 1974 Turkish invasion and the continuing military occupation of 36% of the territories of the Republic. In the effort for economic reactivation that followed, emphasis was placed on the tourism sector. Consequently, in the period after 1977, pressures and growth trends were created at a scale impossible to be satisfactorily addressed by the urban structure prevailing until then. The diversification of the economy in favor of the tertiary sector at the expense of the primary and secondary sectors led to further intra-regional spatial inequalities by focusing growth in urban centers and coastal areas and the shrinkage of the rural agricultural hinterland.