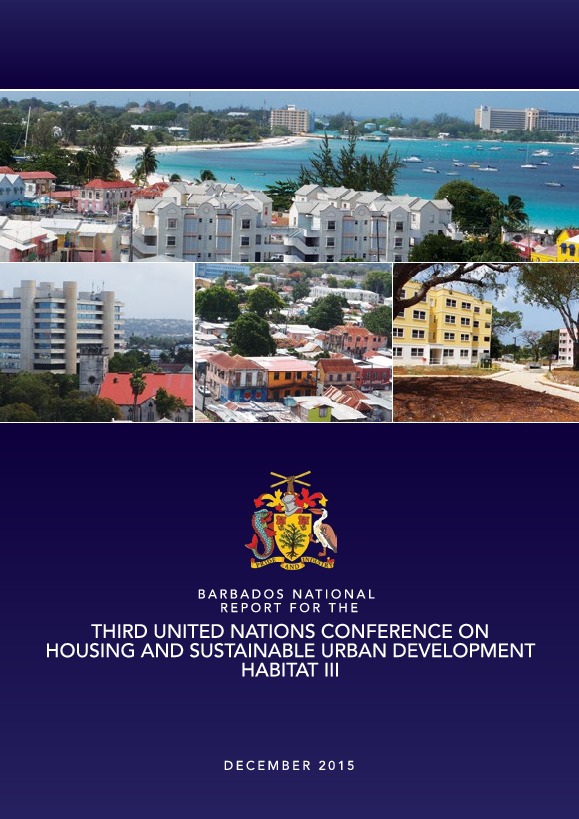 Barbados is the most eastern of the Caribbean islands with a population of 277,821 in 2010 on a land area of 430 km2.  With a population density of 646 persons per km2, the country is the twelfth most densely populated country in the world.  The island consists of 11 parishes with individual densities ranging from 2,270 persons per km2 in St. Michael in the south-west where the capital Bridgetown is located, to 143 persons per km2 in St. Andrew in the north-east.  The capital Bridgetown is located in the south-west of the country and the majority of the population resides in the coastal areas in the west, south and south-east.

Since the 1970s physical development in the country has been guided by a Physical Development Plan (PDP).  The original PDP of 1970 came into effect in 1973, with the ﬁrst amendment in 1986, which was ofﬁcially adopted in 1991.  The 1986 PDP Amendment was updated in 2003 and ofﬁcially adopted in 2008.  The current amendment is governed by the principles of sustainable development.  The 2003 PDP Amendment is currently in the preliminary stages of revision.

There is an urban corridor (UC) deﬁned in the 2003 PDP Amendment.  The UC is mostly coastal and stretches inland from the north western coastline to the south eastern coastline.  Although every effort is made to concentrate the analysis on the UC, many of the issues addressed in the report relate to the national level, especially in the discussion of speciﬁc demographic groups (the youth, the elderly and women) and speciﬁc national policies which are not speciﬁc to the UC.  Where feasible, data from the 1990, 2000 and 2010 censuses of housing and population are utilised to highlight trends in the UC.  In addition to census information, the report was constructed utilising additional documentary evidence, interviews with key stakeholders, and output from the National Consultation on Habitat III held in July 2015.  The report follows the structure required for the Third United Nations Conference on Housing and Sustainable Development (Habitat III), to take place in 2016, as indicated in the sections and subsections.