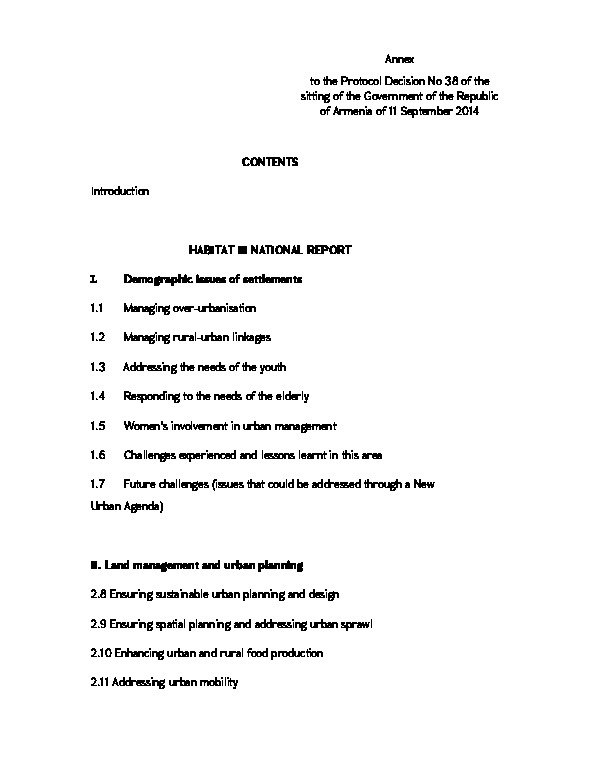 About two-thirds of the population (1.9 Mio.) of Armenia reside in the capital of Yerevan (1.07 Mio. alone) and in its three adjacent districts (the so-called “marzes”: Armavir, Ararat and Kotayk). This spatial distribution is inherited from the former centrally-planned economy. The remaining 36% (1.1 Mio.) reside in the 866 rural communities (out of a total of 915 communities) of the sparsely populated and mountainous areas of the country.

Armenia faces a strong concentration movement with inhabitants being drawn to the capital. This trend is likely to persist since a disproportionately small part of young people (age 18-30) live in urban areas (only 61.7% against 64% of the general population). The high unemployment and poverty rates among youths serve as a strong push factor from the rural towards the urban. At the other end of the demographic pyramid, ageing is a real challenge to Armenia. Currently, 10.5% of the population is aged 65 years or older and this rate is projected to rise.

These developments spark a number of difficulties the Republic of Armenia faces. They range from a highly disproportionate regional development due to migration movements, and unfavourable demographic dynamics to growing needs of the elderly, and issues surrounding affordable housing for the youth.