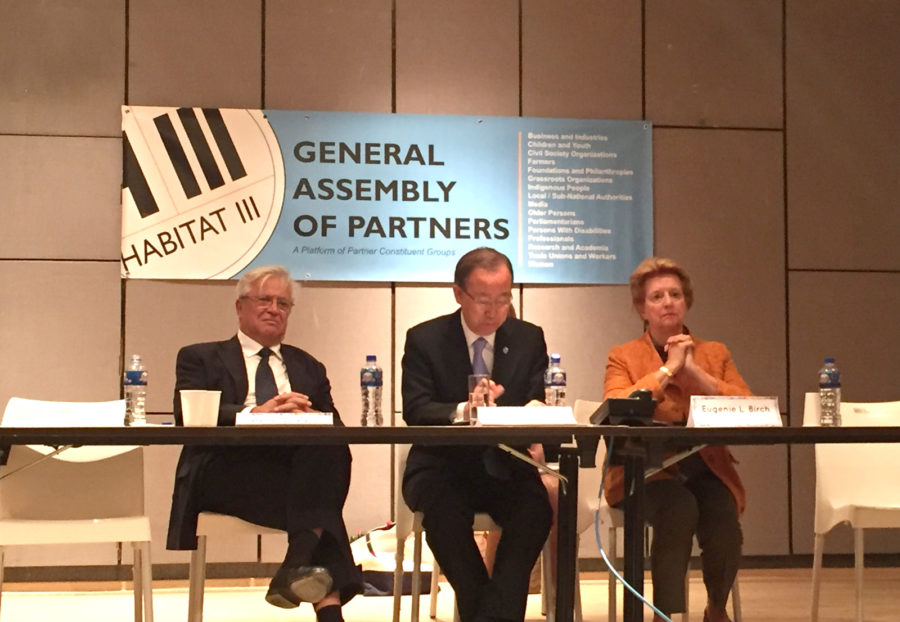 The adoption of the New Urban Agenda comes at a time when the world is grappling with challenges of recurring and persistent conflict and complex humanitarian crises, climate change, rising urban poverty and exclusion, crime, violence and xenophobia. These issues are multi-dimensional and interconnected, and are addressed as such through the 2030 Development Agenda, including the Sendai Framework for Disaster Risk Reduction (SFDRR), the Addis Ababa Action Agenda (AAAA), the Sustainable Development Goals (SDGs), the Paris Agreement on Climate Change, and the New Urban Agenda. Coming after the adoption of legally binding SDG and Paris Agreements, the New Urban Agenda links the two to the mega-trend of this century – urbanization – and makes a strong case for pursuing a radically different form of urbanization than has been seen in the past decades. The New Urban Agenda has also been formulated in a radically different fashion as compared to past agreements, including those comprising the 2030 Development Agenda, as well as Agenda 21 (1992) and the Habitat Agenda (1996). Tens of thousands of stakeholders participated, directly or indirectly, in the drafting of the New Urban Agenda, organized predominantly through a platform called the General Assembly of Partners (GAP). GAP came into being only in April 2015, established with the aim of providing coherent, systematic inputs from all stakeholder groups in the Habitat III process and development of the New Urban Agenda. Its role gained prominence as negotiations progressed, especially as stakeholders presented their views in a well-aligned, mutually supportive manner, instead of conveying a sense of competition and ill-feeling which has marked previous processes. This made member-states sit up and take notice, and slowly built up broad-based respect and support for GAP. Several elements of GAP’s proposals are, as a result, diffused throughout the New Urban Agenda. Upon reflection, I believe that the success of GAP was due to three key factors: The process of stakeholder engagement in the Habitat III process has been unprecedented in its openness and inclusiveness. It also sets an important precedent for future UN processes – the sixteen groups that have gained a voice through GAP cannot be ignored any longer. Their concerns have been included in the New Urban Agenda and will need to be addressed by governments wishing to pursue resilient, safe, inclusive and sustainable cities and human settlements. Their engagement is vital for implementation of the New Urban Agenda. This is truly a watershed moment for stakeholder involvement in urban development in particular, and hopefully, in the larger development agenda, now and in the future.