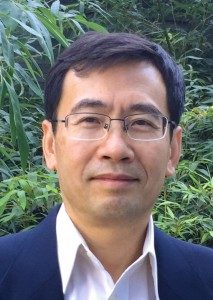 Zhi Liu, a specialist in infrastructure and its financing, is director of the China program at the Lincoln Institute of Land Policy and of the Peking University–Lincoln Institute Center for Urban Development and Land Policy in Beijing, China. Previously as an infrastructure specialist at the World Bank, he had operational experience mainly in East Asia and South Asia, where he managed investment lending projects and analytical and advisory activities in the infrastructure and urban sectors. Before joining the World Bank, he was a research associate with the Harvard Institute for International Development. He also taught city and regional planning as a faculty member at Nanjing University. He has authored and co-authored a number of academic papers and World Bank reports on topics including metropolitan infrastructure financing, low-carbon city development, sustainable urban transport, motorization, and poverty and transport. He holds a B.S. from Zhongshan University, an M.S. from Nanjing University, and a Ph.D. from Harvard University. In 2010, he served as vice chair of the Global Agenda Council for the Future of Transportation, World Economic Forum. In 2015–16, he served as a member of the Expert Committee for China’s 13th Five-Year National Social and Economic Development Plan.