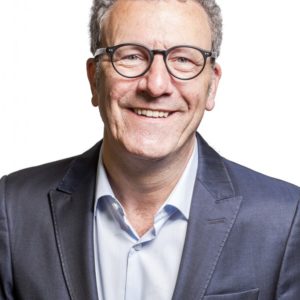 Yvan Mayeur, was par of the Federal Parliament from 1989 to 1995 and from 1999 to 2014. During this period he was Chairman of the Commission of Health and Social Integration, and then the Social Affairs Commission of the Federal Parliament. In 1995 he was appointed Chairman of the CPAS of Brussels (Public Welfare Centre) until 2013. Determined to modernize, he reorganized the management of the institution while redefining its social action in many areas. The role of the CPAS of Brussels is now more than only that of a social aid. It also consists of social action in health, housing, training and employment. The CPAS has built or renovated many residential buildings, which now makes it is one of the major public real estate players. As president of the Saint-Pierre University Medical Centre from 1995 to 2008 and IRIS (network of Brussels public and university hospitals) from 2005 to 2008, Yvan Mayeur took part in the improvement of the financial management of the Brussels network of public hospitals, with 2 main objectives: ensuring academic quality and accessibility for all citizens. Founder and President of the Brussels Samusocial from 2000 to 2014, an urban association for social emergencies and the fight against exclusion by caring for and reintegrating homeless people. Elected councilor of the City since 1994. He was appointed Mayor of the City of Brussels on 16 December 2013. Since 2014 he is Chairman of Vivaqua, the main Brussels public company for the production and distribution of drinking water and wastewater treatment. Founder of the 'Les Ateliers des Tanneurs', a business centre that aims economic and local social development through the housing, launch and support of economic activities of young entrepreneurs in Brussels. The large renovated industrial complex also opens its doors for the organization of professional or cultural events.