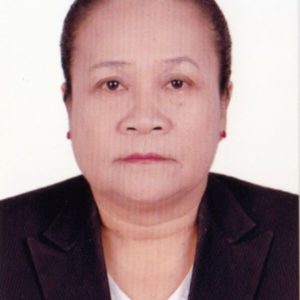 Head of Delegation of Lao PDR names Ms. Vilaykham PHOSALATH, date of born on 1 march 1963 in Attapeu province, Lao PDR. In 1966-1971, studied in primary and secondary school in Champasak province, Lao PDR. In 1971-1978 studied in high school in Vientiane Capital, Lao PDR. Then, in 1979-1981 studied in University of Laos and started to work as technical officer at state enterprise for housing Design and survey, Ministry of Public works and Transport (MPWT). Moreover, in 1982-1989 studied for bachelor and Master in Russia on the majority of civil engineering of building. After graduating from Russia, working as secretary to vice Minister of MPWT between 1990-1993. Then in 1994-1998, being a staff officer at Housing and Urban Planning Department (DHUP), MPTW and being a vice head of Planning and Statistics Division DHUP MPTW between 2005-2007. In addition, being Vice General Director of DHUP MPWT between 2008-2010 and being a General Director of Public Works and Transport Institute from 2011 to 2013. From 2014 to date, being a Vice Minister of MPTW.