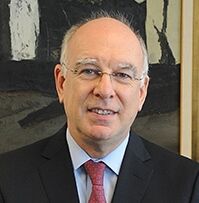 A native of Argentina, completed his undergraduate work at the Universidad Nacional del Nordeste, in Argentina. He subsequently pursued postgraduate studies at the University of Pennsylvania and North Carolina State University, where he received, respectively, a master’s degree in business administration and a PhD in economics. Mr. Fretes Cibils joined the World Bank in 1987 in the Young Professionals Program and worked at the Bank until 2007. Following stints in the Bank’s Office of the Vice President for Europe and the Middle East and its Treasury Department, he served as Economist in the Office of the Vice President for West Africa Operations; Chief Economist in the Department of Operations form Andean Countries; Senior Economist for República Bolivariana de Venezuela, and subsequently for Colombia and Mexico; Lead Economist in the Poverty Reduction and Economic Management sector for the Andean Countries Department (Bolivia, Ecuador, Peru and República Bolivariana de Venezuela). He joined the Inter-American Development Bank (IDB) in 2007, and is currently a Division Chief of Fiscal and Municipal Management, Institutions for Development. Additionally, he has taught at Argentina’s Universidad Nacional del Nordeste and at North Carolina State University, and has published numerous works addressing topics in finance, applied econometrics, public finance, international economics, and economic development.