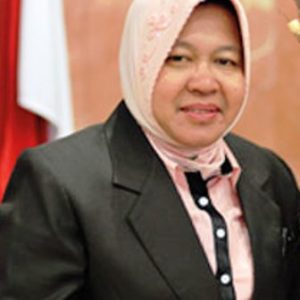 Having worked for more than 20 years in the Surabaya City Government that resulted in becoming Mayor of Surabaya in 2010, Tri Rismaharini has made meaningful achievements in city development, which were recognized by a number of regional, national, and international awards. In 2003, as Head of Surabaya Program Controlling Division, she created the first Indonesian e-procurement system, which successfully saved 20% of the Surabaya’s year budget. In recognizing her efforts, Surabaya received the FutureGov Awards 2013 in the category of future cities.