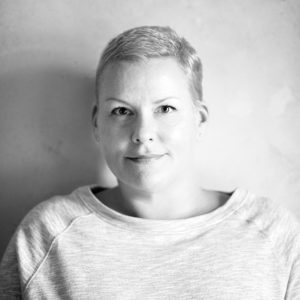 Sandra Vermuyten (Belgium, 1974) is Head of Campaigns of Public Services International (PSI), a global trade union federation of public service workers’ unions that unites over 20 million members in over 160 countries and 650 organizations. Sandra holds a degree in International public law and an MA in East European studies with a major in economic and social policy reform in countries in transition. She is fluent in 6 languages. Earlier, Sandra worked for the International Labour Organization on social dialogue and labour migration at the ILO CIS regional office in Moscow and coordinated the Global ICFTU campaign on the ILO Declaration on Fundamental Principles and Rights at Work, before joining PSI in 2012 as Equality and Rights Officer. Sandra has supported PSI’s affiliates in their struggle against violations of trade union and labour rights, including through the use of ILO’s supervisory mechanism and advocacy with UN and regional organizations. She was also responsible for PSI’s global policy on equality issues, which include gender, youth and LGBT workers’ rights as well as campaigns against all forms of discrimination. Since early 2014, Sandra coordinates PSI’s work on the Post 2015 Development agenda and inter-governmental negotiations on sustainable development goals. She holds her current position since July 2015.