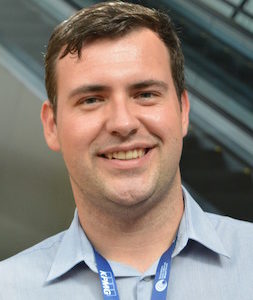 Robert Sakic Trogrlic is a PhD student and Hydro Nation Scholar of the Scottish Government at Heriot- Watt University in Edinburgh, studying disaster risk reduction in Sub- Saharan Africa. Born and raised in Bosnia and Herzegovina, he studied in Croatia, Austria, Germany, Spain, Slovenia and the Netherlands prior to moving to the UK. His previous research focused on flood resilience in urban areas, particularly on understanding the barriers to implementation of adaptation strategies and adaptation mainstreaming. He enjoys coupling his engineering background with appreciation for social sciences and is truly enthusiastic about breaking the silos between different scientific and practical fields. Next to his studies, he is an active member of the Water Youth Network, an engaged group of people who are working together to realise the vision of the world where young people work together to become agents of change and ultimately improve the world’s water situation. During the HIII process, he was leading the HIII team in WYN and collaborated closely with the United Nations Mayor Group for Children and Youth in organising consultations for gathering youth input into the New Urban Agenda. Working with young people that are enthusiastic about creating a better, equitable future inspires him and he truly believes that if given the chance, the energy, creativity and unjaded outlook of young generations can change the world.