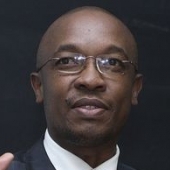 As a member of the Johannesburg Mayoral Committee President (2000 – 2011) President Tau drove the socio-economic transformation agenda of the City. During this time, he headed the portfolios of Development Planning, Transport & Environment, as well as that of Finance & Economic Development, respectively. As the former Mayor of Johannesburg, President Tau led the City into strategic partnerships to advance his transformation agenda – and today Johannesburg is a leader in developmental governance and is on par with global cities. This has resulted in Tau being elected to various leadership roles in prominent local and international bodies.   His commitment to global matters sees President Tau as a member of the C40 Climate Change Network Steering Committee and Co-President of the Metropolis network, which looks to build resilient and sustainable cities amidst the pressures of urbanization and climate change.  President Tau has featured prominently throughout the transition of Johannesburg from an apartheid city to a democratic local metropolitan government. Grounded in the work and challenges facing communities, Tau pioneered and spearheaded policy and legislative reforms that entrenched a democratic and developmental local government architecture during a difficult time in South Africa’s democracy. During this period, the City took bold steps to deal with rapid urbanization, socio-economic segregation and spatial fragmentation earning its place as South Africa’s “economic engine room”.