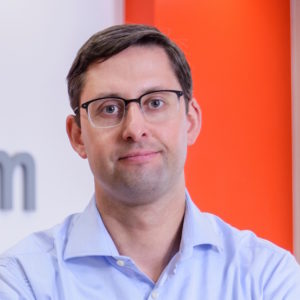 CEO of Holcim Ecuador since February 1st, 2015.
Since 2014 and until his arrival in Ecuador, he was responsible of the strategy of the integration project of the global fusion between Lafarge and Holcim, in cooperation with a team of experts.
From 2010 and 2014, he was the global responsible of the Health and Safety department of Holcim.
Since joining Holcim at 2002, Nick has performed as Consultant of the corporate strategy and risks management, and has had functions in the operations, among the most relevant; he was the Plant Director in Torredonjimeno in Spain and MD Jersey of Aggregate Industries in the United Kingdom.
Nick was born in Switzerland and is 41 years old. He has a Master's degree in Economics from the University of Zurich and an Advance Management program at Harvard Business School.