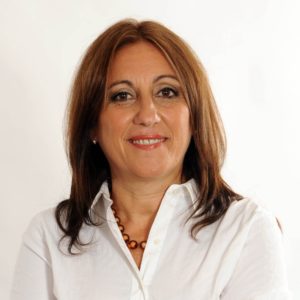 Argentine biochemist and Socialist Party politician elected Mayor of Rosarioin 2011. She became active in politics at age 17, joining theSocialist Party of Argentina. She participated in the National Reform Movement as President of the Student Center of the School of Biochemistry and Pharmacy at theNational University of Rosario, where she graduated with a degree inBiochemistry. She then served as Secretary of Student Welfare, as Faculty Graduate Advisor, and as Secretary of the UNR University Extension. She participated in the creation of the Laboratory for Proprietary Medicinal (LEM) for the City of Rosarioin 1992; the LEM, which coordinated its development with academia, would become a national model for the public production ofpharmaceuticals. Fein was appointed Director of the City Sanitation Department in 1995, where she promoted more activefood safetycontrol by developing the Food Institute, a pioneer in Argentina in the field of locally-based public food safety education and quality inspection. She was elected to the Argentine Chamber of Deputiesin 2007 for the Santa Fe Civic and Social Progressive Front, which led the Socialist Party caucus therein, and Fein was elected caucus president. She was named Secretary of the Commission for Social Action and Public Health, and also served in the Committees on Rules, Taxes, Constitutional Affairs, General Legislation, Population and Human Development, and the Elderly. She was nominated as candidate for mayor of the city of Rosario by theProgressive, Civic and Social Fronton May 22, 2011 and was elected becoming the first Socialist woman elected mayor in Argentine history.