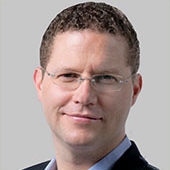 Born in Quito on April 15, 1975, he is married and father of three children. He is Doctor in Law from the Pontifical Catholic University of Ecuador in Quito (PUCE).
Since 2008, Dr. Rodas promotes in Ecuador a political program called "Responsible Government Model", an innovative and modern vision that seeks to promote based on public policies a responsible government for the citizens.
On May 14, 2014 he was appointed Mayor of the Metropolitan District of Quito, after winning the general elections on February 23, 2014, becoming the youngest mayor elected in the history of the city.
In July 2014 he was appointed Counselor of the Provincial Government of the Province of Pichincha.