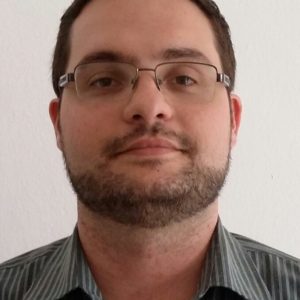 Marcelo Montenegro Guimarães is a 34 year old lawyer by profession and an activist from Brazil who has been engaged with youth movements from an early age. He then joined ActionAid Brazil in 2006 as policy and campaigns officer. He was involved in a range of campaigns, especially with the HungerFREE Campaign which had, as one of its main accomplishments, the inclusion of the right to food as a fundamental right in Brazil’s Federal Constitution. He subsequently have been working with different movements, grassroots and civil society organizations and networks, helping to implement different campaign and policy action across different areas including urban governance, women’s rights, food rights, agroecology and climate change. Since 2013, Marcelo has been in the national coordination of ActionAid Safe Cities for Women campaign, engaging with local and feminists organizations and with the National Forum for Urban Reform (network that gathers the main urban movements in Brazil together with different NGOs and local organizations) to demand action towards the end of violence against women in public spaces and services, and to promote women`s right to the city. In 2015, he became the international manager of the Safe Cities for Women campaign, which involves more than 17 countries. Marcelo represents ActionAid in the Global Platform for the Right to the City, an international coalition that is actively engaged with the Habitat III process and the new urban agenda. In the official Habitat III process, he represented ActionAid as co-leader of the Policy Unit 1 on the Right to the City/Cities for all.