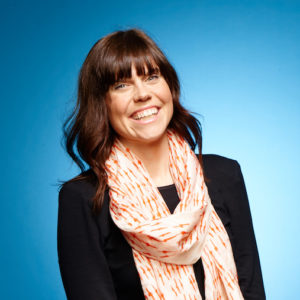 Lucinda Hartley is a designer, urbanist and social entrepreneur whose disruptive approaches to revitalising neighbourhoods that have been implemented across Australia and around the world. She is the co-founder of CoDesign Studio, a multi-award winning placemaking consultancy that helps tackle social isolation through creative urban renewal projects. Through CoDesign, Lucinda has overseen more than 50 urban renewal projects, enabling over 10,000 citizens to contribute to local initiatives that improve their lives. Lucinda is also a founder of The Neighbourhood Project, Australia’s largest community-led placemaking program that will remove barriers to enable more and better public spaces nationally. Prior to launching CoDesign Studio, Lucinda spent two years working with slum communities in South-East Asia. The results of this work were recognised by being the first-ever urban designer to receive a Laureate Youth Action Net Global Fellowship, an Asialink Dunlop Fellowship and Young Social Pioneer by the Foundation for Young Australians. She was also an elected member of the UN-Habitat Youth Advisory Board for five years. Lucinda currently hold positions as an Honorary Fellow of the University of Melbourne, an Advisor to the Victorian Planning Minister, and the Global Place Leadership Council. Her work has received notable recognition, including making The Age Newspaper’s much acclaimed ‘Top 100 most influential people’ list in 2012.