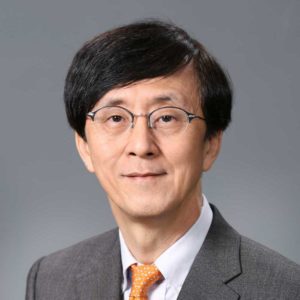 Kim, Kyung-Hwan was appointed as Vice Minister of Land, Infrastructure and Transport of Korea in May 2015 after serving as President of Korea Research Institute for Human Settlements for about two years. With his background in urban economics, he is currently in charge of policy development and coordination in the areas of land, housing and infrastructure, programs and projects in smart cities, zero energy buildings, geospatial information, real estate investment trust, as well as cooperation with multilateral development banks, international organizations sharing Korea’s experience and expertise with developing countries. He started his career as a professor of economics at Syracuse University in 1986. He has been on the faculty of economics at Sogang University since 1988, and also taught at the University of Wisconsin-Madison and Singapore Management University as visiting professor. He was Urban Finance Advisor at the UN Centre for Human Settlements between 1994 and 1996. He has published in major journals in urban economics and real estate. Mr. Kim received his Ph.d in economics from Princeton University in 1987.