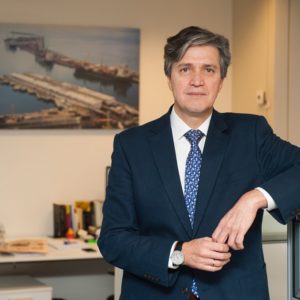 José A. Carrera joined CAF, Development Bank of Latin America in 1999 and since 2008 is Corporate Vice President of Social Development. In his current role, he is responsible for the design of the strategy, the implementation of policies and financing for social development projects including: urban development and slums upgrading; water and sanitation; education; inclusion and gender equity. He is also a Governor and member of the Directive Committee of the World Water Council. Prior to his designation as Vice President, he worked as the Country Director of CAF in Bolivia. In Ecuador, his native country, he served as Vice Minister of Economy and Finance; as well as Undersecretary of Budget and Treasury. Along with those duties he was simultaneously the Alternate Governor of Ecuador to the World Bank and the Inter-American Development Bank. His experience in the public sector includes holding the position of Director of Fiscal Policy at the Central Bank of Ecuador and member of the boards of the Ecuadorian Institute of Electricity; PETROECUADOR; National Stock Council and the Council of the National Security of Ecuador. In the private sector he has worked as member of the board of various financial institutions and as the General Manager of fund administration companies and stock exchange facilities. He has several publications on social issues such as: poverty; macroeconomics, fiscal policy and economic policy. Mr. Carrera is an Economist from the Pontificia Universidad Catolica del Ecuador and holds a Master’s degree and PhD studies in Economics at the University of Notre Dame, USA.